BENGALURU: AICC General Secretary and state in-charge K C Venugopal on Saturday said that there was no discontent between KPCC president G Parameshwara and Chief Minister Siddaramaiah. Venugopal, who is in the city for a meeting with local corporators and the IT cell of the party, said Congress was united and would give a fitting response to BJP. Stating that there was no problem with the law and the order in the state, Venugopal said it was the BJP which was trying to create lawlessness. 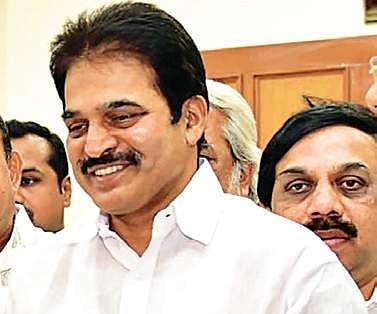 “They did not even come to offer their last respects to Gauri Lankesh. Very soon it will be evident who is responsible for her death. The BJP has no moral right to talk about her killing,” he said. Parameshwara also clarified that he had met Siddaramaiah a day earlier and had a lengthy discussion on political developments. “It is not true that we have disagreements.

I could not attend the Congress programme in Belagavi because they extended an invitation in the last minute and I could not make it. The CM is also not here today because he has official engagements and also decided to meet the high command. There is nothing wrong in it. Even I have gone several times to meet the high command by myself,” he said. Venugopal, who met BBMP corporators and also aspirants, declined to discuss the issue of Mayor’s post in the coming Palike elections and exhorted them to strengthen the party and work towards winning more seats.

“I know corporators are more powerful than MLAs. But be disciplined and do not break any laws,” he said. Two suspended from minority cell Two members of the Minority cell of the KPCC were suspended after they tried to remover veteran leader S M Krishna’s picture installed in a hall in the KPCC office, where pictures of all past KPCC presidents are displayed. Some members of the cell removed the picture saying that he had cheated the Congress party and there was no need to display his picture.

Krishna, a long time Congressman, recently joined the BJP, unhappy over his treatment in the Congress. Irked by their behaviour, Parameshwara replaced the picture and took the members to task saying that he had been a party president and Chief Minister and even though he left the party, the Congress would always respect him. Both the members, said to be vice presidents of the minority cell were immediately suspended.