150-yr-old ​house, which hosted Swami Vivekananda ​just before his Chicago Summit, as also Lokmanya Tilak, to turn into museum soon

BELAGAVI: Over 125 years ago, just before he embarked to Chicago for his famous address, was feted by the West and captured national consciousness, Swami Vivekananda had made a trip to Belagavi. He stayed at Bhate’s House for a fortnight.

This 150-year-old building has also hosted another eminent personality, freedom fighter Lokamanya Tilak . Going by such exalted history, it’s not surprising that this building is set to be converted into a museum and memorial. The museum will depict the life and messages of Swami Vivekananda. 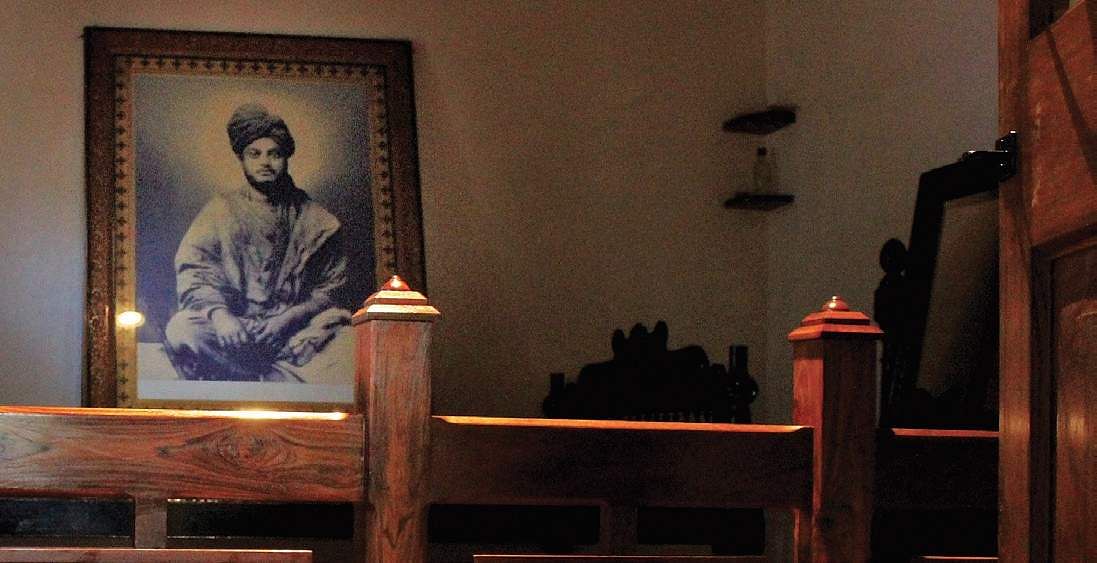 The heritage home is owned by the Ram akrishna Mission Ashram in Belagavi and work on the memorial has already begun. “External works of the memorial have been completed and interior work will begin shortly. We are expecting the memorial to be ready by the next calend ar year,” a swami from the ashram says.

Even today, at the Bhate’s House, the room where Swami Vivekananda lived has been maintained in the same manner. The building sees a steady stream of visitors who come to get a glimpse of the room .
“The days spent by Swami Vivekananda in Belagavi are considered special because soon after that he left for America to take part in the religious summit. Exactly a year before Swami Vivekananda gained the attention of the world with his speech at the Chicago Summit in 1893, he had toured Belagavi for a fortnight as an ordinary monk. There was no grand welcome for the saint nor were any public functions held. In fact, the scholars studying Vivekananda literature state that it was Belagavi that discovered the real Vivekananda,” he says.

When Vivekananda landed in Belagavi on October 16 in 1892, a well-known lawyer from the town Sadashiv Bhate requested the young saint to be his guest for a few days. He gave his room to Swami Vivekananda for the next four days. Bhate arranged interaction between eminent personalities of Belagavi and Swami Vivekananda. The elite circle of Belagavi was astonished to be in the company of young saint who conversed in impeccable English and had solutions for every problem that the country and its people were facing those days.

Vivekananda’s ideas about youth and his nationalist vision earmed him instant popularity in the small town of Belagavi. For the next nine days Vivekananda stayed at the house of Haripaada Mitra, the then sub divisional forest officer.
The small house, which is located in the Fort area, has been maintained by the R K Mission Ashram even today.

“The interaction of Vivekananda with personalities in Belagavi has been recorded by G S Bhate, son of Sadashiv Bhate. The incidents and records available in connection with Vivekanada’s visit in Belagavi will be preserved and showcased in the upcoming memorial. The museum will have carvings of the life story of Swami Vivekananda and important events of his life. The museum will also depict the role played by Belagavi in the freedom struggle,” he adds.

The house went through many hands before it was purchased by the R K Mission Ashram in 2014. During the early 1900s, the Bhate’s house was purchased by Dattatreya Belvi, another lawyer from city. He was a follower of Lokamanya Tilak and was involved in the freedom struggle. As Tilak was a close family friend of Belvi, he stayed at Bhate’s house on many occasions.