Nissar Ahmad, a non-controversial writer known as Navya or Nityotsava poet, will write a new script for communal harmony when he inaugurates the Dasara festivities by offering flowers and puja to pres

MYSURU:Nissar Ahmad, a non-controversial writer known as Navya or Nityotsava poet, will write a new script for communal harmony when he inaugurates the Dasara festivities by offering flowers and puja to presiding deity Chamundeshwari on September 21.As the State Government has invited a Muslim to inaugurate the festivities for the first time, Nisar Ahmad had termed the invite as a great honour and “greatest moment of his life”. 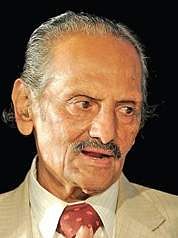 In an interaction with Express, Nisar Ahmad recalled his journey with his father K S Hyder and brother Safeer Ahmad in a train to have a glimpse of Dasara procession when he was a BSc honours student in 1952.The trains were jam packed with thousands boarding it to watch the Vijayadashami procession that marks the grand finale of the Navarathri festivities, he recalled and said “myself and my family enjoyed watching Dasara procession”.

“Though, I have seen Bangaluru Karga as a boy in 1941, it can’t be compared with Dasara festivities. But, I am thankful to god who bestowed upon me this great opportunity”, he said.There are many big events like Kumbh Mela and Hajj that are confined to one religion whereas Dasara brings a sea of humanity from across the globe to enjoy the rich heritage of the Wodeyars and also the Vijaynagar kingdom. The festival showcases all folk art, temples, forts, mosques, churches and the cultural history, he added.

He said Karnataka has given cultural space to philosopher Ramanujacharya from Tamil Nadu, Shankaracharya from Kerala and Muslims from other places. The poet said he was happy to come to Mysuru with heavy rains across the state bringing cheer on face of farmers in distress.
He said his father who put him in a Kannada school was his inspiration.

Striker Kean pushing himself into PSG's plans after strong start