Thanks to the upcoming Assembly elections, owners of bars and liquor outlets in the state have to now keep count of every peg they sell.

BENGALURU: Thanks to the upcoming Assembly elections, owners of bars and liquor outlets in the state have to now keep count of every peg they sell. Acting as per the directions given by the State Election Commission, the excise department has issued guidelines to all bars and liquor outlets asking them to keep their accounts updated.

The order that has many bar owners worried states: “If there is more than 10 per cent difference in sale compare to last year, such outlets will have to face inquiry. There are certain guidelines and all liquor outlets and bars have to follow the same.” 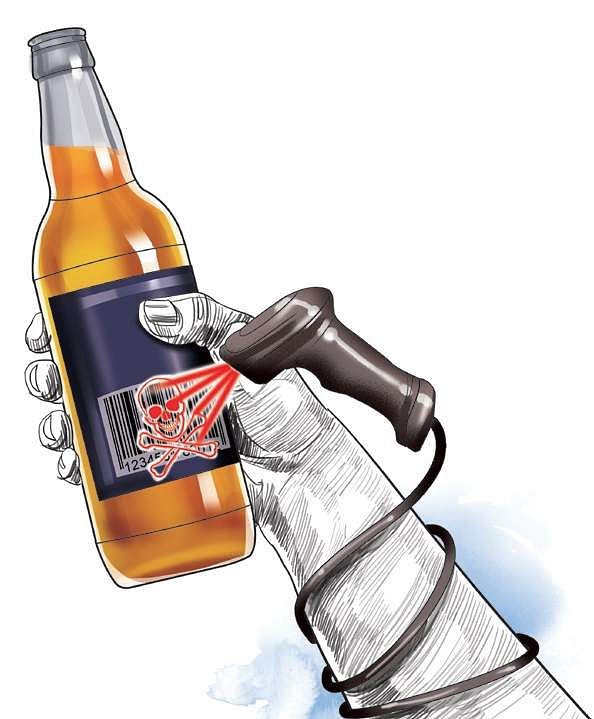 In Bengaluru Urban, notices have been served to 50 bars that are known to have violated the guidelines after the model code of conduct came into effect.

Bengaluru Urban Deputy Commissioner K A Dayanand said, “There is a flying squad constituted by the excise department which will patrol the city. It can visit any shop at any time and ask the owners to produce the accounts and sale details.”

He added that notices were issued to 16 bars and liquor shops on Wednesday. The license of one shop has been cancelled permanently and those of nine shops and bars have been temporarily suspended. “Some of these were selling duty free liquor, some did not shut shop according to the time limit and some failed to produce proper accounts for the liquor they have sold,” Dayanand said.

This move, however, has not gone down well with the owners of bars and liquor shops. An owner of a wine store said, “There is a huge variation in sales on weekends. How can we keep a tab on that and say if it is 10 per cent higher than it was the same day last year?

Another bar owner, who did not want to be named, said, “Two days ago I was pulled up by the squad for closing my shop 10 minutes late. Sometimes even we have to take account of stocks from the manager and it does get a little late. This election season is a tough time for us.” Some bar owners in rural areas say that the Election Commission’s decision has hit many of them financially.

“We have some customers from rural areas who buy liquor from us in wholesale and sell it in retail at their villages. But such sales will dip during the election period. This was a huge income source for us. Many of us who have liquor outlets in taluk headquarters are hit by this,” an owner of a liquor outlet in Channapatna taluk said.