Will ask Ramesh not to resign from Congress: Satish Jarkiholi

He went on to say that the BJP has been attempting to come to power for the past six months but has not succeeded in it.

BELAGAVI: Satish Jarkiholi, who got a ministerial berth in the recent cabinet reshuffle, said he will persuade his older brother Ramesh Jarkiholi, who reportedly decided to resign from the Congress, to stay in the party. 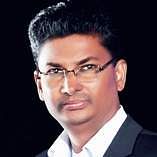 “I will talk to Ramesh and ensure that he changes his decision to quit the Congress,’’ said Satish Jarkiholi.
Speaking to reporters on the premises of the Belagavi City Corporation here on Wednesday, he said, “Ramesh has not met me ever since he was removed from the cabinet. I will reach out to him and listen what he has to say,” he said.

“When Ramesh was a minister, I had advised him to change his behaviour. A minister should hold meetings with government officers and meet people to resolve their problems which he did not do. Now, he should change his attitude,” said Satish.

He went on to say that the BJP has been attempting to come to power for the past six months but has not succeeded in it.“No one will quit the Congress. The BJP will not be successful in its plans,” he said.

Now we are on Telegram too. Follow us for updates
TAGS
Ramesh Jarkiholi Satish Jarkiholi