Crying does not go down well with Congress

Chief Minister HD Kumaraswamy's emotional breakdown at a public meeting has not gone down well with many senior Congress leaders.

BENGALURU/MYSURU:Chief Minister HD Kumaraswamy was compelled to clear the air and pacify coalition partner Congress on Monday as his tearjerker almost threatened to cause fresh hiccups for the coalition government.

His emotional breakdown at a public meeting has not gone down well with many senior Congress leaders as they see it as part of a broader ploy to enable JD(S) to get all the credit for the good work of the coalition government and create an impression that he is facing trouble from Congress in his endeavour.
Former minister and senior Congress leader A Manju came out openly against Kumaraswamy on Monday. Speaking to reporters in Mysuru, he wanted Kumaraswamy to put an end to his emotional acts. “Kumaraswamy is shedding tears instead of wiping the tears of farmers,” Manju said. 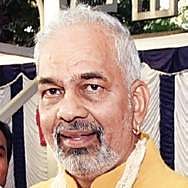 Referring to Kumaraswamy calling himself a Vishakanta, Manju said, Congress has not given him poison, the grand old party has made him the Chief Minister, given the plum portfolios to JD(S).  There was no reason for Kumaraswamy to shed tears, instead he should focus on implementing the welfare programmes promised to the electorate as Congress has assured full support for next 5 years. Veteran Congress leader Mallikarjun Kharge is also said to have expressed serious displeasure at Kumaraswamy’s tearjerker as it could damage the party’s image. “You need grit and determination to run the coalition government. The Chief Minister shedding tears in public, expressing his helplessness to deliver on his promises will send a wrong signal to people about coalition partner Congress. We have sacrificed the CM post and plum portfolios. There is no reason for Kumaraswamy to cry,” Kharge has reportedly said conveying his displeasure to party leadership.

As the Congress leaders fumed, Kumarasawamy swung into damage control mode and said, “My emotional breakdown had nothing to do with Congress.”Speaking to reporters in Ramanagaram he attributed his tears to the challenges he is facing to deliver on his poll promises and the public reaction to his programmes, including farm loan waiver.

“I was overcome by emotion due to the challenges I  am facing in fulfilling my promises. I never said I am facing trouble from Congress. My statements are being twisted, misinterpreted. I am not facing any
problems from Congress,” Kumaraswamy said.