Dinesh Gundu Rao says in Karnataka, since they were the ruling party for five years but without a majority mandate, they had to compromise on some decisions

With practically no time left for preparations for the Lok Sabha polls, Rao is treading a fine line between enthusing cadres and keeping the coalition partners happy.

Speaking to The New Indian Express, Rao highlighted what the generational shift in Congress means and why, despite a solid government for five years, Congress failed to get a full majority in Karnataka. 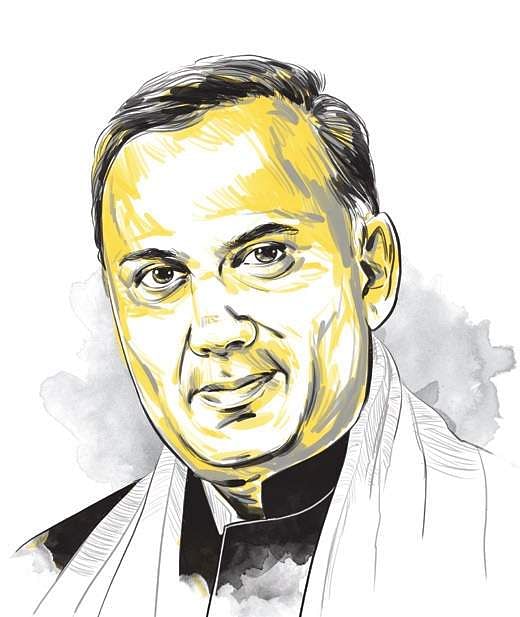 Will Congress follow Karnataka model of alliance across the country?
That depends on the states, but Congress is willing to work with other political parties. We understand that in certain situations coalitions are required. We have successfully run coalitions earlier like the UPA that provided a stable government for 10 years. We have been in coalition in Kerala, we allied with AIADMK at times and DMK for elections in Tamil Nadu. A coalition is not anathema for Congress. Karnataka is not a model, but we are willing to work with like-minded parties.

Is Congress willing to put regional parties in the driver’s seat?
It all depends on the situation. In Karnataka, since we were the ruling party for five years but didn’t get full majority, we had to compromise on some decisions. It is not necessary that this will apply elsewhere.

Don’t you run the risk of losing your vote share to JD(S) by allying with them for Lok Sabha polls?
There could be gain or loss, but this is the dynamics of a coalition. We may benefit in some places with the coalition experiment and in some places we may not, but under the circumstances we have to take certain decisions. We can’t be in a vacuum. We have made the best decision.

Are the differences between partners making BJP stronger in Karnataka?
There really are not so many differences as being assumed by the media. There are issues, differences and discord but that is expected because we are two political parties that have fought against each other. Just because we have formed a coalition doesn’t mean everything will be smoothened out quickly. It is work in progress. There is no serious difference between us on the ideological or programmes part of it. More or less, we are on the same page.

Does Kumaraswamy’s direct access and proximity to Rahul Gandhi bother the Congress leadership?
Absolutely not. Why should it? We (Congress) have direct access to H D Deve Gowda too. He (Kumaraswamy) can speak to our leader, but ultimately Rahul Gandhi will take decisions based on our inputs and after consulting us. Kumaraswamy having direct access is good because it brings about confidence but it doesn’t mean state leaders are being bypassed.

Are there attempts to keep Siddaramaiah away from state politics?
No. Siddaramaiah is a mass leader who delivered an excellent government for the last five years. He has a big role to play in the state but he has a role to play at the national level too. This is an opportunity for him to involve in national politics now.

Veerappa Moily had suggested a 10:18 seat-sharing formula for Lok Sabha polls with JD(S). Does it still hold good?
That is a misleading statement. There is no such discussion. Veerappa Moily has spoken in his personal capacity. There have been no discussions on seat sharing or choice of constituencies that we want to contest.

Congress is undergoing a generational shift. How are the leaders viewing it?
The shift has to happen as part of the growth of a political party. If leaders are not created or evolved, the party stagnates. By appointing Eshwar (Khandre) and me, Rahul Gandhi has given a strong signal that a new leadership is going to emerge in Karnataka. Ensuring that new leaders are built and a new generation of leaders identify with us is also my responsibility. We will bring in new ideas and thoughts to the party.

What is the plan for grassroots level workers in ULB polls? Will you ally with JD(S) at that level too?
We have always fought Urban Local Body elections separately, even when we were in a coalition. We will hold discussions on what to do in the upcoming ULB polls, but no decision has been taken yet. Even during Dharam Singh’s government, we didn’t have an alliance at that level. Enthusing party workers, cadres, identifying good workers who are in touch with the grassroots is one of my jobs. I will see to it that people who are capable and loyal to the party get their due. We will try to involve as many people as possible in the decision-making process.

How do you plan to keep disgruntled leaders happy?
There will always be disappointments when a cabinet are formed. We will talk to them and make them see the reality of the situation. Most of them are willing to cooperate. They understand that the situation is not simple. I do not see that as a huge problem.

KPCC revamp on cards?
There is a plan, but if Lok Sabha elections are advanced to December, then it could be a little dicey for us to revamp. Those who are inactive and aren’t working need to be weeded out. Those who are performing need to be retained and promoted. There will be a performance review of our office-bearers and district and block committee presidents. Changes will be made wherever required.

How do you intend to counter the perception of this government being ‘pro-South Karnataka’?
The reality is that this budget (Kumaraswamy’s) was an extension of the previous budget (Siddaramaiah’s) and enough money has been allotted throughout Karnataka for irrigation, roads, SC/ST sub-plan and loan waiver. All have been distributed equally. It is a misnomer to say that only South has benefited. We need to ensure that North Karnataka gets more representation in the ministry and that will happen in the next expansion.

What went wrong for the Congress in coastal Karnataka?
They (BJP) polarised it successfully. They made Hindutva the main agenda. People got emotional and voted. Work-wise, our MLAs have done a phenomenal job. Each MLA has done a lot of work and our government did well on the welfare front. Hindutva and emotional subjects may have worked for a short while, but people will realise now that BJP uses this as a poll gimmick. They spoke so much about Hindutva and cleaning up the Ganga but today the Supreme Court has observed that Ganga is worse than ever. Varanasi has seen no improvement under Prime Minister Narendra Modi. These things need to be told to the people.