The conspirators of journalist-activist Gauri Lankesh murder, who meticulously executed the killing, had also taken care not to give away their real identity even to those involved in the murder. BENGALURU: The conspirators of journalist-activist Gauri Lankesh murder, who meticulously executed the killing, had also taken care not to give away their real identity even to those involved in the murder and its planning. They operated using multiple aliases so that even if other accused were caught, the police would not get their real names and identities.But that very plan backfired, rendering them sitting ducks when special investigation team (SIT) came knocking on their doors — because every time an arrest was made they assumed it was the wrong man that was held and did not take any measures to avoid the SIT. 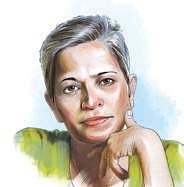 SIT sources — which feel it is on the brink of completing the probe soon — said Amol Kale, Amit Degwekar, Sujeet Kumar, Manohar Edave and Nihal alias Dada, who played a key role in the conspiracy and recruitment of men to carry out the murder, had not revealed their real identities to those who joined their team at various stages. Till now, police are not sure of the real name of Nihal alias Dada, as he is still at large.

Similarly, Sujeet Kumar, who worked as a recruiter, operated using aliases such as Praveen and Manjunath. “When we first took K T Naveen Kumar into custody, he told us he had operated with a person called Praveen. When asked to share more details about him, it started and ended with Praveen’s name. Only after we gathered information about him, we discovered his real name was Sujeet,” the official said.

It was tough to gather information: official

Edave, who was also asked to identify youths who were willing to fight for the Hindu religion, was operating in the name of Manoj, while Amit Degwekar, who allegedly actively participated in the conspiracy, was using Pradeep Mahajanas his identity. “The accused, who were caught at different stages, were not aware of the real identities of their handlers. It was an Herculean task to gather information about the handlers and conspirators through other means and get to them,” the official added.

This, on the flip side, made the accused at large thinking SIT had caught the wrong people and were confident that the police would not suspect them. “As the names of the arrested were different in news reports, other accused thought they were safe as the police had got the wrong persons. Some of them did not abscond and easily fell into our trap,” police said.

SIT RECEIVES PAT ON BACK FROM ACCUSED

When the police nabbed the suspected biker Ganesh Miskin and Amith Baddi, they were reportedly surprised on how the police tracked them. “Initially, they claimed that they did not know the other accused. But when we produced clinching evidence against them, they were taken aback and admitted to their involvement. After a while, they also expressed curiosity to know how we got track of them. They were surprised to know it and also praised us for the way we had got information about them,” another official said.

One more held in Gauri case
The SIT probing journalist Gauri Lankesh murder has arrested a 50-year-old man in connection with the killing. This is the 10th arrest made in this case. Rajesh D Bangera, a Madikeri resident, is the arrested. He is said to be a government employee but there was no official confirmation.

Link to Kalburgi case
Sources said that the SIT team probing the murder of Gauri Lankesh may crack the Prof M M Kalburgi murder as it believes that one of the arrested in the Gauri Lankesh killing case could be the person who pulled the trigger on Kalburgi.

More than 2k GRILLED
SIT has interrogated more than 2,000 youths across Vijayapura district alone in connection with Gauri murder. Before the arrest of Manohar Edave, who was the first one to be arrested from the district in the case, the SIT had interrogated about 500 youths.