A month before September 5, when Gauri was shot dead, the other accused in the case had met Waghmare in his hometown Sindhagi to convince him to do the work for them, police sources told TNIE. 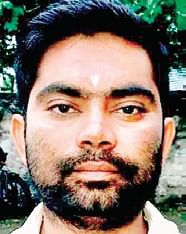 BELAGAVI/VIJAYAPURA: Parashuram Waghmare, accused of killing journalist Gauri Lankesh, was allegedly brainwashed by his handlers who used her writings to convince him that she is against Hindutva organisations. He had initially refused to join the other conspirators, according to police sources.

A month before September 5, when Gauri was shot dead, the other accused in the case had met Waghmare in his hometown Sindhagi to convince him to do the work for them, police sources told TNIE. The main reason why Waghmare was selected was that of  “his love for Hindutva,” they said. It is said that the mastermind Amol Kale personally met Waghmare at Sindhagi and briefed him in detail about the murder plan.The team had also warned Waghmare to be cautious before and after the murder.

Four members of the team had attended that meeting inSindhagi when they discussed the plan.Sources said Waghmare had initially refused to take up the task but he was convinced by the group which explained to him in detail about Gauri’s views towards Hindutva organisations. Taking it to be a matter of pride, Waghmare finally agreed to kill Gauri and headed for weapons training.

He was accompanied by another accused and resident of Vijayapura, Manohar Edave, said sources.
The  SIT, which is probing the murder, had taken Waghmare to Jamboti of Khanapur jungles in Belagavi where he is alleged to have undergone training in firing a pistol. He was also taken to Ramnagar, located on the border of Uttara Kannada. On Friday, the SIT once again took him to Jamboti to collect more details.

After the SIT took Waghmare to the places where he was trained, Maharashtra police too approached Khanapur police with a request to visit the spots. They suspect that the gang which selected Waghmare for allegedly murdering Gauri, is the same which executed Govind Pansare in Maharashtra.

Police suspect Amol Kale from Pune, Amit Degwekar from Goa and Manohar Edave of Vijayapura to be the main conspirators in the murders of Gauri and MM Kalburgi and Govind Pansare, sources said.
According to SIT sources, the weapon used by Waghmare allegedly to shoot Gauri was the same as that which was used to murder rationalists Pansare and Kalburgi. But it is suspected that three different persons used the weapon in the three cases.

Now we are on Telegram too. Follow us for updates
TAGS
Gauri Lankesh Parashuram Waghmare

No teachers to fill even half of posts in Karnataka

Ready to do whatever we can to end war in Ukraine, says EAM Jaishankar

Axed for failing to burn Ravan’s 10 heads in Chhattisgarh