Why can’t I be Chief Minister, asks D K Shivakumar

Congress leader and Energy Minister D K Shivakumar on Tuesday delivered a shocker by asking why couldn’t he be the chief minister.

SHIVAMOGGA: Congress leader and Energy Minister D K Shivakumar on Tuesday delivered a shocker by asking why couldn’t he be the chief minister. 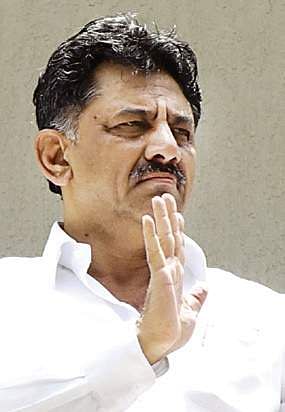 Later in the day, when Shivakumar went to Shivamogga to address party workers, he was asked if he wanted to be the party’s chief ministerial candidate. He, however, ignored the question completely.
A senior district Congress leader later told Express: “It might have been a slip of tongue. But we too don’t know what Shivakumar really wants. However, this is not the right time to raise this issue as elections are only a few days away.”