The Congress has accused BJP leader Sriramulu of being involved in an attempt to bribe former Chief Justice of India K G Balakrishnan to get a favourable order in one of the cases.

BENGALURU: The Congress has accused BJP leader Sriramulu of being involved in an attempt to bribe former Chief Justice of India K G Balakrishnan to get a favourable order in one of the cases pertaining to the Obulapuram Mining Company. Armed with sting operations from 2010, Congress has demanded a high-level inquiry into what it referred to as a “massive bribery scandal”. The BJP, however, has deemed the video fake and the allegation as a “desperate attempt of the Congress (to win the polls)”.

The Congress made accusations against Sriramulu — who is pitted against Chief Minister Siddaramaiah in Badami by the BJP — based on videos aired on a regional news channel. The channel, in turn, credited the source of the videos to the internet. The video, the Congress claims, was a sting conducted against Sriramulu after he refused to pay `50 crore of the total `150 crore deal with the former CJI’s son-in-law Sreenijan, who is also apparently seen in the video. 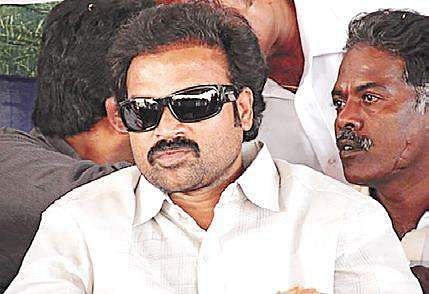 “The videos that have surfaced today show how Sriramulu and middlemen Captain Reddy, Balan, Swamiji Rajnish and Sreenijan discuss bribe deals in order to get a favourable judgment from SC in the Obulapuram case,” Dinesh Gundu Rao, KPCC working president said.The videos released by the Congress purportedly show Sriramulu speaking about a deal with former CJI Balakrishnan’s son-in-law in 2010 over allowing mining by OMC.

Congress highlighted that despite a survey report recommending complete halt of mining operations along the Karnataka-Andhra Pradesh border, the then CJI Balakrishnan gave a favourable judgment allowing OMC to continue its mining operations just one day before his retirement on May 11, 2010.
The BJP, on the defensive, has deemed the videos “fake”.

“This is Congress’ desperation in the last minute of elections. Multiple raids and seizures are nailing the Congress and its leaders and the party is on the backfoot. “The video’s authenticity is questionable and we believe it is fake,” said BJP spokesperson Malavika Avinash. The BJP further said legal action against Congress will be considered after the election.

What Cong says
OMC, owned by G Janardhana Reddy, was involved in illegal mining by removing boundary pillars between Karnataka and Andhra Pradesh.  In November 2009, the AP government issued an order prohibiting illegal mining operations of OMC. In February 2010, a Division Bench of the AP High Court quashed the order and allowed mining operations by OMC. Anticipating that the HC order will be challenged in Supreme Court, OMC appealed that any special leave petition in this regard should not be entertained since the SC should not interfere in state matters.

Hearing on SLP filed by AP government began on March 11, 2010. The SC ordered a survey to determine extent of claims and ordered for maintenance of status-quo. The survey’s interim report, on April 9, 2010, recommended that mining be stopped entirely in the light of grave irregularities. On May 10, 2010, one day before CJI Balakrishnan retired, the SC gave a favourable judgment and allowed OMC to continue its mining operations.  The Congress has demanded that PM Modi break his silence over the matter. The Congress has alleged that the videos were shot after parties involved did not fulfil the bribe deal.