Shivers run through all 3 camps

Wait for the May 15 results, after the May 12 election, has given enough time for all political parties to analyse possibilities that could unfold. A sense of anxiety prevails in the camps of the big

Wait for the May 15 results, after the May 12 election, has given enough time for all political parties to analyse possibilities that could unfold. A sense of anxiety prevails in the camps of the big three — Congress, BJP and JD(S)

Cause for worry in Congress

There is cause for worry in Congress camp as most of the exit polls have predicted that BJP will emerge as the front runner, contrary to pre-poll surveys that had foreseen Congress beating its rivals.AICC General Secretary in-charge of party affairs in Karnataka, KC Venugopal, has camped in Bengaluru holding discussions with top state-leaders of the party and his war -room team members waiting till late Saturday night, even as exit-poll results started unfolding. The team interacted with party leaders from various districts to re-check feedback on voting patterns and the prospect of party candidates in each district. Chief Minister Siddaramaiah’s confidence and response of the masses during the campaign has kept Congress hopes on getting a good result alive.

However informal discussions are on in the party on the various political scenarios that the result could throw up, and the possibility of a hung assembly is a cause for concern. The leadership is determined to stop BJP from coming to power and the compulsions of cozying up to JD(S) to keep BJP out is likely to dominate the deliberations on Monday.

While Siddaramaiah has remained calm and cool, and not too worried about the result, the possibility of a hung assembly has rekindled the ambition of many aspirants for the Chief Minister’s post. The party is bracing up to face not only the internal conflicts  but also the compromises the party needs to make if forced to cobble up a coalition with JD(S). 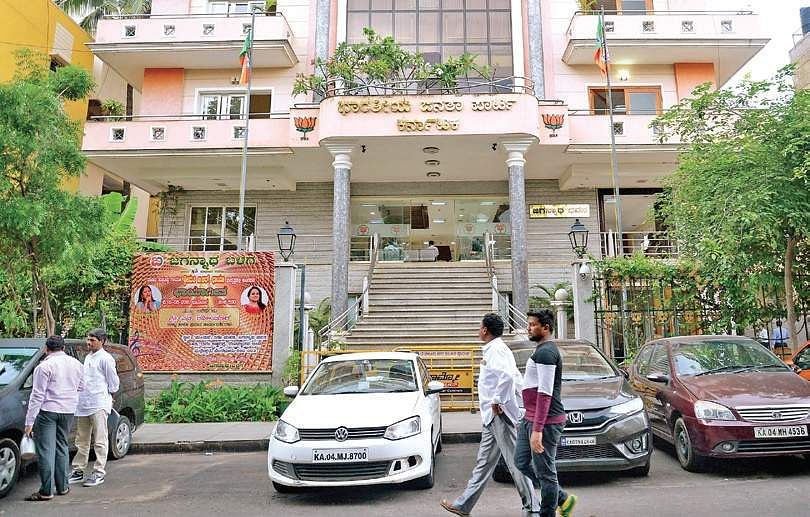 Worry, after the pre-poll survey results predicted not-so-rosy prospects for BJP, is waning. Exit-poll results are now sending expectations in this camp soaring.The party’s decision to unleash a Modi blitzkrieg and put a large contingent of national leaders on intense campaigning seems to have paid off. At least that is what the party state leaders believe.

Though BJP leaders stopped boasting of ‘Mission 150’ mid-way through campaigning, the gung-ho mood is back at the party office and the residence of its Chief Ministerial candidate BS Yeddyurappa. After the customary morning puja, Yeddyurappa was a busy man on Sunday, gathering every minute detail on the prospects of candidates in every constituency.

The party leadership is said to be already gearing up to handle any situation, with a strong determination to end Congress rule in the state. The party has high stakes in Karnataka as the result has huge implications for BJP ahead of the 2019 Lok Sabha election. The party is ready to use every means at its command to cross the bridge if it falls short of the magic figure of 113 needed to form the government.

BJP Chief Ministerial candidate BS Yeddyurappa who is in constant touch with Amit Shah is expected to head to Delhi immediately after results are out. While Yeddyurappa is confident of party getting about 120 seats and forming the government on its own, the back room moves have already started to surmount any challenge that may arise after the May 15 results. 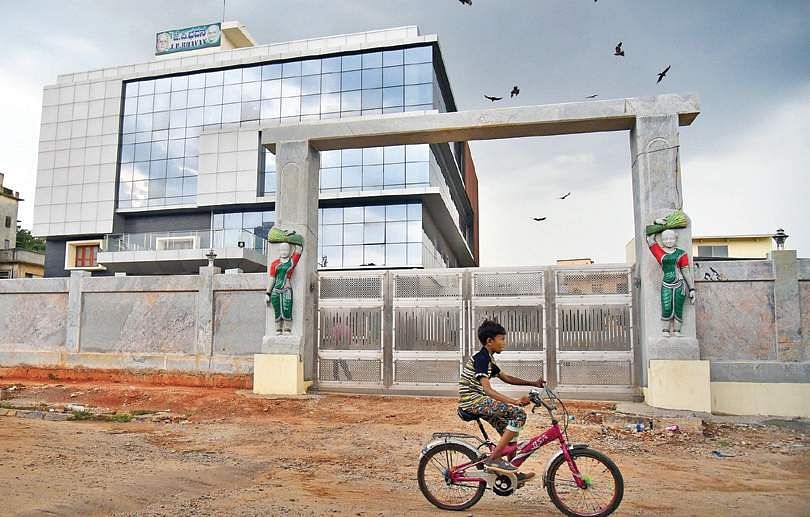 Hopes alive to be kingmaker

Making a strong case against the two national parties- — Congress and Bharatiya Janata Party — the JD(S) had ambitions to emerge as an alternative, which now seems futile. However, the party leadership can heave a sigh of relief from the slew of exit polls that have predicted a hung assembly with JD(S) ending in a position to play the King Maker.

While Congress and BJP camps are already trying to come to terms with the prospect of a fractured mandate, JD(S) state president and party’s chief ministerial candidate H D Kumaraswamy has  more serious issues to take care of.Kumaraswamy, who could not campaign for the party with full vigour due to his delicate health condition, has left for Singapore.

“Kumaraswamy has gone to Singapore,” JD(S) National President HD Deve Gowda said. When asked about the reasons for going abroad amid poll battle Gowda shotback, “doesn’t he need some rest after the long and strenuous electoral battle.”But JD(S) leadership is disappointed in the people of Karnataka for not supporting a regional party in a big way even after the failure of both the national parties to take a strong stand on issues such as Mahadayi and Cauvery river water disputes.

Kumaraswamy and Deve Gowda had camapigned hard to highlight the failures of national parties and the need for Karnataka to have a government headed by a regional party.