Determined to stall BJP in Karnataka, Rahul Gandhi went for the kill

Losing state after state including the north-eastern states in the country, Congress has broken the spell and stopped BJP from taking over the reins of power in Karnataka. 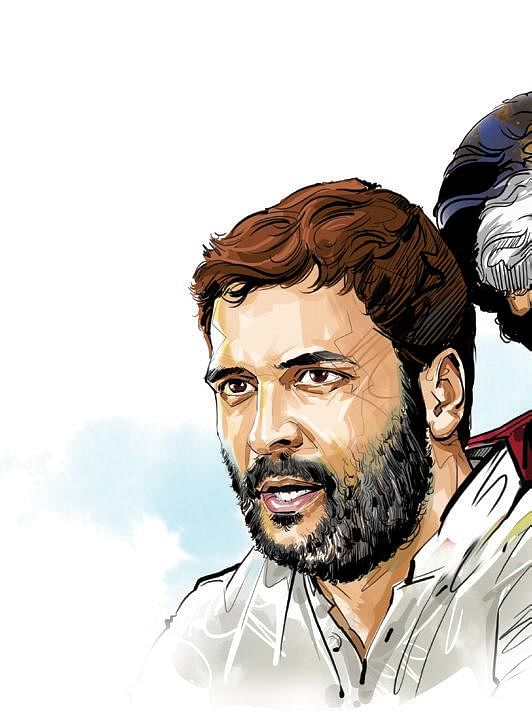 BENGALURU: Losing state after state including the north-eastern states in the country, Congress has broken the spell and stopped BJP from taking over the reins of power in Karnataka. Though a section of the party leadership attributes it to the foresight and swift action of the party supremo Sonia Gandhi, those who were involved in the thick of action during the last few days state that the credit should go for AICC President Rahul Gandhi.

The party was determined and desperate to arrest the march of BJP and was in no mood to lose Karnataka at any cost. Rahul Gandhi swung into action even before the poll results in the state were announced and “he deserves all the praise for our success today in Karnataka to keep BJP out of power,” said DK Shivakumar speaking to Express on the political coupe the party pulled off with co-operation from JD(S) supremo HD Deve Gowda.

“Congress would have paid a heavy price in the run up to 2019 Lok Sabha polls if BJP had succeeded in ousting us from power. The failure of BJP to come to power by dubious means has raised the confidence among our rank and file as it sends a message that Modi and Amit Shah could be humbled if we fight unitedly,” said a senior Congress leader who was part of the exercise that cobbled up the Congress-JD(S) coalition.

Rahul’s team had opened effective communication by sending senior AICC leaders Ghulam Nabi Azad and Ashok Gehlot to Bengaluru to firm up the  tie-up with JD(S) even before BJP could come to terms with the fact that it has fallen short of the magic number 111, sources in Congress  said.

Now we are on Telegram too. Follow us for updates
TAGS
Congress BJP Rahul Gandhi