I have always longed for the top post, says KPCC president Parameshwara

“I did not enter mainstream politics to become just an MLA, MLC or minister. I have always longed for the top post, and will get it one day,” Karnataka Pradesh Congress Committee Preside 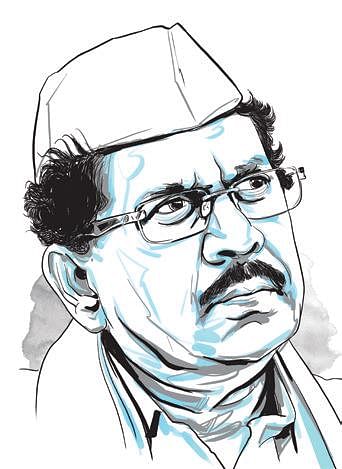 TUMAKURU:  “I did not enter mainstream politics to become just an MLA, MLC or minister. I have always longed for the top post, and will get it one day,” Karnataka Pradesh Congress Committee President Dr G Parameshwara told his supporters during a meeting, which was a part of his poll campaign at the Koratagere assembly constituency a couple of months ago. He is now only a step away from that “top spot”, likely as he is to take oath as the deputy chief minister in the Congress-JD(S) coalition government. With that, he will make history as the first Dalit to attain the post in the state. Dr Parameshwara, who obtained a PhD from The Waite Research Institute, University of Adelaide, Australia, though, has on several occasions admitted to “not having his heart in politics”.

With his basic education of undergraduate and postgraduate in agriculture from University of Agriculture Sciences, Bangalore University and the PhD, he would have opted for an academic job. But destiny had politics in store for him. His father H M Gangadharaiah, a Gandhian, served as an MLC in the Kengal Hanumanthaiah government. Gangadharaiah grew from scratch and went on to establish a string of educational institutions under the flagship of Sri Siddhartha Education Society (SSES).

On thing led to another, and following the instructions of Rajiv Gandhi, then All India Congress Committee general secretary Mohsina Kidwai appointed Parameshwara as the joint secretary of the KPCC. Interestingly, it was the same year that Parameshwara was given a ticket to contest from Madhugiri assembly constituency, which he won in 1989 and 1993 to be elevated to the post of Minister of State for Sericulture in the M Veerappa Moily cabinet.

After a debacle in 1994, he won with a record margin of 55,802 votes in 1999. He was Higher Education minister in the S M Krishna cabinet. He switched to Koratagere, following delimitation of constituencies in 2008 and registered a win, but lost in 2013.AICC president Sonia Gandhi appointed him president of KPCC, which he has held for a record eight years.

Parameshwara was born to H M Gangadharaiah and Gangamalamma on August 6, 1951. They hailed from Hebbalalu village in Amruthuru hobli of Kunigal taluk before shifting to Gollahalli in Tumakuru rural. He is the third sibling after older brother Dr G Shivaprasad, who he is close to. While studying MSc agriculture Parameshwara fell in love with a friend’s sister Kannika. The couple went to Australia for higher studies, and got married after completing their studies. Their son Shaun, a motor sports aficionado, has now become Shana after a sex-change surgery in London. Shana is a budding gender rights activist.

Now we are on Telegram too. Follow us for updates
TAGS
Parameshwara Congress-JD(S)

Spain emerging as one of India’s strong defence partners: Ambassador

DefExpo-22: Dates firmed up, to be held in Gujarat in October