As the number of Congress candidates contesting Gokak TMC polls was large this time, the party could not give B-forms to them. 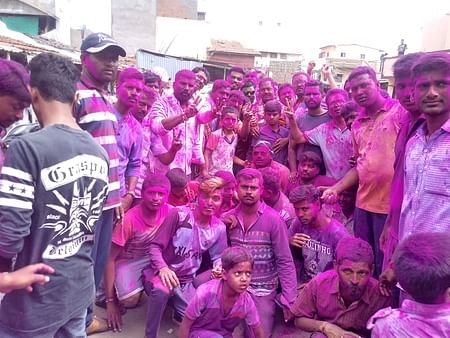 GOKAK: Surprisingly, all 30 of the 31 seats in Gokak Town Municipality (TMC) have been won by independent candidates, while one seat was bagged by the BJP at the end of counting of votes for ULB election at Gokak on Monday. However, after the results were out, Congress leaders claimed the party had not given its B-form to any of its candidates, allowing them to contest as independents.

The group supported by sitting Gokak MLA Ramesh Jarkiholi (Congress party) has been in power in Gokak TMC for the last 25 years, although none of the candidates of the group contested on a party symbol in any elections held during this period. As the number of Congress candidates contesting Gokak TMC polls was large this time, the party could not give B-forms to them, sources said.

Speaking after the results, Ramesh Jarkiholi said, since several Congress workers contested the election, the party was in a dilemma on who should be given the form and who should not. To avoid confusion, the party did not give forms to any of its workers and let them contest as Independents. "The same arrangement is being made for the past two decades in Gokak TMC. All 30 candidates who won today as independents are supported by the Congress party. The Congress has a majority in Gokak TMC again this time,'' claimed Jarkiholi.

Although, BJP leaders had campaigned for their candidates in this constituency briskly, the party went on to win only one seat. Sources in the party said TMC polls in Gokak were actually dependant on individuals and not parties. People vote for candidates based on the latter's ability and not on their party symbols in TMC polls, add sources.

The power-politics in Gokak is firmly under the control of Jarkiholi family for the last few decades. In this course, Jarkiholi family of Gokak has established its stronghold on most of the local bodies, sugar factories, cooperative organisations and panchayats. A firm rapport with people of Gokak, which Jarkiholi brothers enjoy, has helped them win most of the elections, starting from Gram Panchayats to Legislative Assembly and Legislative Council.

The Jarkiholi family claims all 30 independents who won Gokak TMC polls are from Congress party and that many of them have defeated BJP candidates in the fray from their respective wards. The results of ULB polls today have once again made it clear that the popularity of Jarkiholi brothers has not faded in Gokak as people there simply rally behind them when it comes to electoral politics.

Now we are on Telegram too. Follow us for updates
TAGS
Gokak Karnataka civic polls Ramesh Jarkiholi congress