Gauri Lankesh is no more, but her words are etched in our minds: Prof VS Sreedhara

Prof VS Sreedhara is a friend of Gauri Lankesh,activist and a member of Gauri memorial 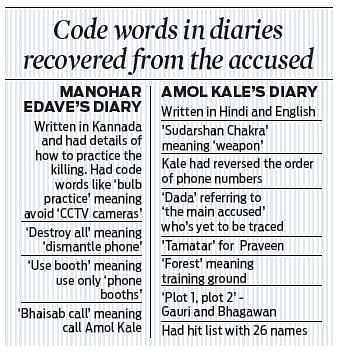 The first time I saw Gauri was about three decades ago in a party hosted by a common friend. She appeared to be a simple, happy and bubbly girl and she carried no airs about being the daughter of a famous writer who donned multiple roles – writer, filmmaker and journalist – with equal ease.
Her foray into Kannada journalism after her father’s death marks the first important shift in her life.

She had to struggle a lot, hone her skills in Kannada all over again and develop inwardness with Karnataka culture and politics. The next big turn in her life came with her involvement in the struggle to save the Sufi shrine at Bababudangiri in Chikkamagaluru district. Gauri was part of the ‘Babbudangiri Communal Harmony Forum.’  That was the beginning of her activist life and she never looked back. She not only supported the activists, but also started mobilising funds, bringing pressure on the Congress government to act and in the process even went to jail twice in Chikkamagaluru in 2003 and 2007.

Gauri’s association with activism brought her close to many activists who were fighting for a number of causes related to Dalits, women and marginalised sections of society. Her paper started reflecting this changed perspective. She gave space for activists to write in her weekly, thus introducing new kind of writing into Kannada journalism.

The next important phase in her life, which also gave her a new kind of political orientation, came with her decision to bring the Naxalites and the government together for a dialogue. This made the right-wing name her a naxal sympathiser.

This was the most turbulent stage in her life, as it led to severe distress both at the personal and professional front. She was thrown out as the editor on February 18, 2005. It was no doubt a testing time, but it was also an enabling experience for Gauri in many ways. She emerged stronger and launched her own paper Gauri Lankesh Patrike . She was sometimes garrulous and took strong positions which irritated the right-wing members. Now she is no more with us, but her words remain etched in us “...we have struggled so much because we had to be honest to people and this is the least we could do to show our concern for the cause of the people.”

(Prof V S Sreedhara is a friend of Gauri Lankesh,activist and a member of Gauri memorial)