BENGALURU: Trouble is brewing for the coalition government in Karnataka with the Jarkiholi brothers -- Ramesh and Satish — continuing their belligerent stand and the efforts of DyCM G Parameshwara and KPCC chief Dinesh Gundu Rao to defuse the crisis proving futile on Tuesday. While the brothers -- both Congress MLAs and one is a minister -- continued to talk tough with veiled threats of taking serious decisions on September 16 after ex-CM Siddaramaiah’s return from Europe tour, hectic activities in the BJP camp on Tuesday lent further credence to the talk of a possible collapse of the government.

With the trouble that erupted over elections to Belagavi PLD Bank continuing to rage, AICC general secretary in charge of Karnataka K C Venugopal instructed the state leadership to resolve the crisis in the wake of reports that the Jarkiholi brothers have the support of 14 party MLAs and are contemplating to move out if their “grievances are not resolved.” 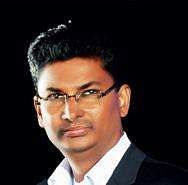 Parameshwara and Rao met Ramesh and appealed to him to show restraint. They assured him of doing their best to address their concerns.However, hectic activities at the residences of Ramesh and BJP leader B S Yeddyurappa through the day provided more grist to the theory that the Jarkiholis are engaged in talks with BJP for a possible operation to bring down the government. It’s said the brothers are waiting for Siddaramaiah’s return and will decide on their next move after consulting him.

Speaking to reporters, Parameshwara denied reports of trouble. “There is no question of Ramesh Jarkiholi or any other Congress member leading the party. Coalition government is stable and speculations are the handiwork of BJP.”Yeddyurappa through the day provided more grist to the theory that the Jarkiholis are engaged in talks with BJP leaders. Though Satish Jarkiholi too denied the possibility of him joining BJP, he admitted that there are issues that need to be resolved. “I hope the party high command will resolve them. Anything can happen in state politics in next 15 days. I will not be responsible for that,” he said, sending a strong message of defiance.

According to sources, Jarkiholis are seeking total control of Congress affairs in Belagavi. Their demands reportedlyinclude a free hand to choose the nominee from Belagavi for induction into the ministry in the next cabinet expansion, removing Lakshmi Hebbalkar as president of the state unit of Mahila Congress, no ministry berth for her and authority to choose Congress candidates for two Lok Sabha seats in Belagavi district – Belagavi and Chikkodi.

The bothers reiterated their demand to keep party strongman and water resources minister D K Shivakumar away from party affairs in Belagavi. “Shivakumar has been interfering in party affairs of Belagavi, local administration and even transfer of officials. We will not tolerate this,” Satish reiterated on Tuesday.

Shivakumar, who is on a damage control mode, denied the allegation. “Satish Jarkiholi is a loyal Congressman. He has invited me for all the party functions in Belagavi. I have obliged him always. I am here to assist them. He is our big leader. He is a big asset for the party. I have never interfered in Belagavi Congress affairs,” Shivakumar said in a statement.As the speculation of a rebellion by Jarkiholi brothers was causing a ripple, JD(S) supremo H D Deve Gowda termed it as a rumour being spread by BJP and claimed that the coalition government is strong and stable.

5 BJP MLAs will quit, says HDK
“Just wait and watch, we too can turn the tables on BJP and net 5 BJP MLAs,” Chief Minister H D Kumaraswamy said on Tuesday dismissing reports of BJP resorting to ‘Operation Lotus 2” to draw Congress and JD(S) MLAs to bring down the coalition government.

14 CONG MLAS IN  JARKIHOLI GROUP
The Jarkiholi brothers hogged the political lime light through the day on Tuesday with many Congress MLAs meeting them at minister Ramesh Jarkiholi’s residence. The Jarkiholi camp is said to be claiming the support of 14 MLAs.

MEETING AT BSY’s RESIDENCE
A sudden meeting of senior BJP leaders at Yeddyurappa’s house lent credence to speculations of major developments in state politics over the next few days. Yeddyurappa called Jagadish Shettar, Govind Karjol, Umesh Katti and Shobha Karandlaje to his residence at Dollars’ Colony and discussed the developments in Congress. He reportedly advised the party leaders to keep away from the developments and wait for an opportune time to make the next move. Karandlaje said: “This government, formed out of an unholy alliance, will fall under its own weight. BJP with 104 members does not have the numbers to form the government. BJP cannot be blamed if this government falls due to infighting in Congress.”

Now we are on Telegram too. Follow us for updates
TAGS
Jarkiholi brothers