Siddhartha, in a note to his employees, had alleged harassment by the I-T department, particularly from the previous DG, by attaching shares on two occasions to scuttle the Mindtree deal.

MANGALURU/BENGALURU: The Mangaluru police, who are investigating the death of Cafe Coffee Day founder VG Siddhartha, on Thursday visited the Income Tax department office in Bengaluru and are believed to have collected some documents related to his cases. The police team is also said to have contacted former Director General (DG) of Income Tax (Investigation Wing) BR Balakrishnan in connection with the probe, sources said.

Siddhartha, in a note to his employees, had alleged harassment by the I-T department, particularly from the previous DG, by attaching shares on two occasions to scuttle the Mindtree deal. The I-T department has, however, refuted the charges.“We only know that a team of officers, led by a Deputy Commissioner of Police, visited the I-T department office and collected some information about Siddhartha’s financial transactions,” was all a senior police officer in Mangaluru would reveal. 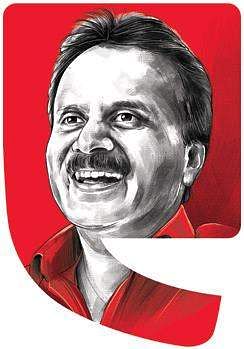 On his part, Balakrishnan, who retired on Wednesday, countered Siddhartha’s allegations of harassment and said his death was “sad, unfortunate and intriguing.” He also denied that the Mangaluru police had contacted him.

Speaking to TNIE, he said, “Siddhartha had sold a small part of his assets for Rs 3,200 crore and was personally well connected. There was no way that he could have been treated unjustly. The department had acceded to his request and had released Mindtree shares, which he sold and had realised a very large amount of money. The search was conducted two years ago and the share attachment was done six months back.

“The purported suicide note, which curiously absolved his auditors, went viral on social media within a few hours of his disappearance. There should be a thorough probe along with a forensic audit of his cash flow. Where did all those loans that were raised go?” Balakrishnan questioned.

Water was found in Siddhartha’s lungs’

Police Commissioner Sandip Patil said, “In the coming days, we will question some other people too. We are waiting for the post-mortem report which will establish the cause of death”. Sources, however, told TNIE that water was found in Siddhartha’s lungs when the body was retrieved from the Nethravathi river backwaters around 6 am on Wednesday by some local fishermen.

“The presence of water in the lungs suggests that he was alive when he plunged into the river. It is, however, a matter of investigation to establish whether he jumped on his own,” said an officer on condition of anonymity. “The police have given his viscera samples for forensic examination to rule out the presence of any toxin or poison in the body at the time of death. The autopsy and forensic reports are awaited,” the source added. He was last seen at the Netravathi bridge by his driver on July 29.

In his letter, Siddhartha said, “There was a lot of harassment from the previous DG Income Tax in the form of attaching our shares on two separate occasions to block our Mindtree deal and then taking possession of our Coffee Day shares, although the revised returns have been filed by us.”
The I-T department has, however, denied any harassment

Now we are on Telegram too. Follow us for updates
TAGS
Cafe Coffee Day VG Siddhartha Income Tax suicide