What can a cop investigating a high-profile case do when he hits a dead end? Well, he may now have something to fall back on.

BENGALURU: What can a cop investigating a high-profile case do when he hits a dead end? Well, he may now have something to fall back on. A ready-reckoner based on the Gauri Lankesh assassination case will soon be prepared and handed over to Karnataka State Police Training Academy. This will help young officers and personnel understand how to solve a ‘blind case’. 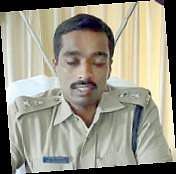 Speaking to TNSE, Deputy Commissioner of Police Whitefield M N Anucheth, the chief investigating officer of the Special Investigating Team constituted to crack the Gauri Lankesh case, confirmed that a case study is being prepared.

“When we began investigating the case, there was not a single clue — no motive, no evidence. But we probed it so meticulously that the case was not only solved, we have also made sure that we used the best of technology available to provide scientific evidence in court,” said Anucheth.

Gauri Lankesh was shot dead in front of her house in Rajarajeshwari Nagar on September 5, 2017 by two bike-borne men. A special police team was constituted under IGP Bijay Kumar Singh and Anucheth with more than 200 officers.

A core team of 40 personnel was formed with four sub-teams, each headed by a DySP.

Anucheth said that when youngsters in the police academy are trained to handle some complicated cases, it is important to dissect the case step by step. The ready-reckoner will explain this.

Anucheth explained that in cases like these, it’s important to not only arrest people but get scientific evidence so that the case becomes stronger.

“Our senior B K Singh brought in sophisticated technology wherein we scanned through 1.5 crore mobile phone numbers, 200 terabytes of CCTV footage were obtained from around major roads and, for the first time, forensic gait analysis was conducted to nail the main accused."

All this and much more will be put into the ready reckoner which Anucheth will start to work on from this week.

“Our team solved three murders with one case. We not only found the killers of Gauri but also managed to crack the Kalburgi and Dhabolkar murder cases which Maharashtra police couldn’t solve,” he added.

The case study will take about two months to complete, he explained.

This will help police academy students understand not only how to solve cases, but also present it in court.

The case study will first be submitted to the DG&IGP and later it will be sent to a state police training academy.