All throughout history, nearly every democratic nation on the planet has had a political dynasty.

All throughout history, nearly every democratic nation on the planet has had a political dynasty. In a system of governance intended to be ‘of the people’, the idea that a select few are born seemingly destined to rule the country feels almost repugnant. Yet, its popularity suggests dynastic politics is somehow deeply intertwined with—and enabled by—the idea of a democracy. 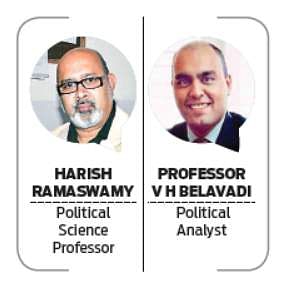 More important, dynastic politics in India goes far beyond the Nehru–Gandhi family, despite what a lot of news might have people believe. Since 1999 both the Congress and the BJP have had dynasts elected under their banner: the former had 36 while the latter had 31 dynastic MPs elected to the Lok Sabha. This was close to 11% and 12% for the Congress and the BJP respectively in 2009. The idea of dynastic politics then is not a lot more synonymous with the Congress than it is with the BJP.

Research indicates that most dynasts are under-performers and that their rate of success as leaders is limited to few parameters of development. The percentage of dynasts elected in India has been reducing steadily.

This decline is thanks in part to dynasts at the helm not delivering well and in part to a younger generation of Indians taking a greater interest in politics and pursuing it professionally, levelling the playing field. That said, a decade-old study by the Centre for the Study of Developing Societies in New Delhi showed that although most youngsters in India opposed dynastic politics, they did prefer voting for a dynastic candidate if that dynasty convincingly associated itself with youth.

In the long run, this could hint at a more vibrant future in store for Indian democracy, where winning an election does not impart the sort of legitimacy that dynasts have relied on for ages. By contesting elections they limit voters’ choices by loyalty. Most often, it appears that dynasts fighting polls weaken the performance of entire institutions because of the familial allegiance and unfair reverence towards an individual that they command—sometimes unintentionally. This is especially pronounced in case of concurrent dynasties where several members of the same family are in politics during the same election period.

A 2014 study found that nearly half of India had no qualms about electing a dynast into power. Support for dynastic politics, the study found, was greatest in Gujarat.

All this then may be more an issue of public perception of inequality than of inept governance. And the route to handling dynastic politics is not to curb it, for such curbs are ironically undemocratic; rather the solution lies in strengthening independent institutions that can control potential abuse of power.
Then focus on other, more pressing issues besides dynastic politics that actually warrant our attention.

Now we are on Telegram too. Follow us for updates
TAGS
dynastic politics Indian politics