For Karnataka’s political dynasties, the past three decades has been about promoting family. Lately, this power has turned ugly

They were bang in the middle of all the action and discontent, which eventually brought down the H D Kumaraswamy government, now they are again playing a key role in simmering discontent over Yediyurappa’s cabinet as well.

There are several political families in Karnataka. Not just your run-of-the-mill, father and son duos, but even brothers, like the Jarkiholis or husband and wife, like the Jolles. With most of them big businessmen or educators, they have a large role to play in how the government functions and sometimes, in whether it does. 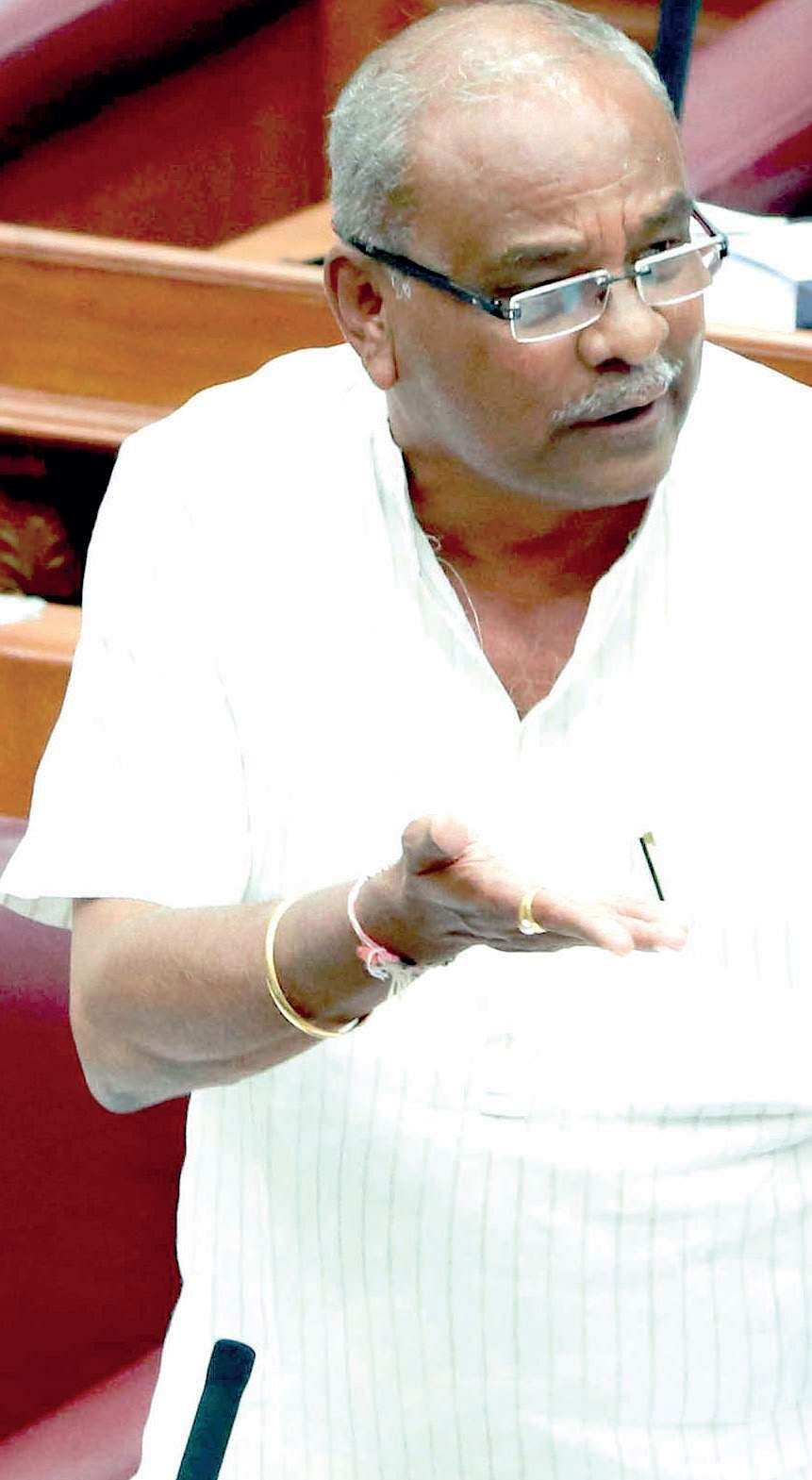 But things were not always this way in the state. Neither caste nor families played a role in the rise to prominence and power of several politicians. The social justice movement, JP movement against corruption, the Dalit movement for equity, cooperative movement and farmers movement gave rise to several others, before the state’s politics denigrated into a caste and family-oriented game mixed with business interests over the past few decades.

In fact, many of the earlier lot of politicians were against dynasty politics. While there were some families with multiple politicians, social service and development were goals placed above the betterment of the family. So strong were the politicians in fact that Siduname Gowda, a graduate of the cooperative movement, even humbled Ramakrishna Hegde in the Lok Sabha elections.
But a majority of those who came next used the cooperative movement to secure their own vote banks. Today, these families are strong enough to threaten governments, as Kumaraswamy found out to his chagrin.

According to veteran socialist Pa Mallesh, the focus now is firmly on promoting one’s family in politics.  “Unfortunately, many politicians have taken shelter under the umbrella of caste, Hindutva ideology and cash to rule the country,” he said.

“Apart from Deve Gowda himself, no member of his family has a history of struggle. The community took pride in them nonetheless,” said political commentator Muzaffar Asadi. While the Gowda family has seen great success, others were not so lucky.

Take for example Mallikarjun Kharge. His rise in politics is rooted in mass uprisings during the Nizam movement. He even managed to get his son Priyank into mainstream politics, but the father and son duo did not manage to build a fiefdom as Deve Gowda did.

At the other end of the spectrum, B S Yediyurappa, who started his career from the farmer’s movement, managed to position himself as a Lingayat leader, when there was a vacuum. He then went on to project his two sons and arranged for their entry into politics.

For Siddaramaiah, it was a vacuum in the leadership of socialist groups that he exploited to stitch together a multi-caste coalition. “But while Yediyurappa and Siddaramaiah’s children are into politics, they could not create the fiefdom like Deve Gowda has,” Asadi observed.

The family on every politician’s mind at the moment is the Jarkiholis. The popular ‘sahukars’ of Gokak, who amassed abundant riches, carry massive clout in Karnataka politics and parties ride on their popularity and influence to form governments or to make governments fall. To understand their influence, one only has to look at their businesses. Four sugar factories, educational institutions, cinema halls and various other businesses are owned by the brothers in the Gokak and Belagavi regions creating a sphere of influence hard to penetrate.

Well, name it, the Jarkiholis seem to have their fingers in every pie. Brothers Jarkiholis, five in all, are also into the business of politics. Three have made it big so far, the other two are hopeful of lunching the political career sooner than later, with the support of the big brothers. The Jarkiholis foray into politics began with Satish winning the MLC elections from Gokak in 1998 on a JDS ticket. With winds of change blowing in Karnataka in 2003, Satish promptly switched allegiance to the Congress, in support of his then mentor Siddaramaiah. Satish also laid the foundation his brother Ramesh’s entry into the political scene.

The family influence helped Ramesh win five assembly elections in a row. Satish thereafter launched another, Balachandra Jarkiholi at a time when a controversial sting operation ended the political career of the Congress leader, V S Koujalgi. Balachandra was fielded in 2004 and won the elections hands down. Now, the family is planning to launch the youngest brother, Lakhan, in the next assembly elections. The constituency is all that needs to be decided! Given their clout across the political spectrum, Jarkiholis are sure, they can have a pick. Bhimshi, meanwhile, remains focused on localised politics.

Five brothers while all four brothers have changed parties in the course of last few years, Ramesh has been loyal to the Congress as he remained more focused on running his sugar factories rather than aiming to scale new heights in state politics.  The brothers have no qualms on being on different ends of the political spectrum

The Kattis of Hukkeri shot to prominence since the late Vishwanath Katti (erstwhile Janata Party), father of Umesh Katti, had won his first assembly election in 1985. To help them establish themselves in the political scenario, they quickly gained a stranglehold over the thriving cooperative sector in Belagavi. This tactic worked, gaining Umesh Katti eight wins out of the nine assembly elections he has contested so far, a record of sorts.

Cooperative banks are what the Katti brothers, Umesh and Ramesh, know best. Currently, Ramesh Katti is the chairman of DCC bank after defeating Laxman Savadi in the election for the coveted post last time. To reap the benefits of the Katti’s political clout, the BJP had roped in both Katti brothers (Umesh and Ramesh) into the party in 2008. Since then, the BJP has been able to win many of the 18 assembly segments in Belagavi besides adding to its tally in North Karnataka riding on their popularity. The family saw a new twist after Ramesh Katti won the Lok Sabha election from Chikkodi constituency in 2009 as a BJP candidate. However, he lost in the 2014 Lok Sabha polls which forced BJP to dump him in the 2019 parliamentary polls.

8/9 wins Umesh Katti was with the erstwhile Janata Party and later switched to JDU and then to JDS. Since 2008, Katti has been contesting the assembly election on a BJP ticket

He however ruled out moving back to the JDS again from the BJP. Upset over not being given a place in the cabinet, Katti is said to have given Yediyurappa an ultimatum.  Sources said Katti was in touch with several top BJP leaders who are also upset with the cabinet formation, to announce his next course of action. Katti and Balachandra Jarkiholi could cause damage to the government if the BJP fails to work out a compromise formula with them in the next two days

A model state once
The state was a model for a century since the coming into existence of the Praja Prathinidhi Sabha in 1881. This sabha became bicameral in 1907 due to the efforts of Krishna Raja Wadiyar IV

Now we are on Telegram too. Follow us for updates
TAGS
H D Kumaraswamy Yediyurappa