Govt to mend rules, Kannadigas to get priority in private jobs

In a move that could bring cheer to domicile voters, the cabinet on Thursday decided to give the three-decade-old Dr Sarojini Mahishi Committee’s recommendations a push.

BENGALURU: In a move that could bring cheer to domicile voters, the cabinet on Thursday decided to give the three-decade-old Dr Sarojini Mahishi Committee’s recommendations a push. The cabinet has decided to make amendments to the Karnataka Industrial Employment Standing Orders, Rule 1961, to begin implementing, at least partially, recommendations on 100% reservation for Kannadigas in Group C and D jobs in private establishments.

With the amendment, the cabinet hopes to make companies and establishments that receive sops from the state government in the form of incentives or rebates, obligated to accommodate Kannadigas into their workforce. 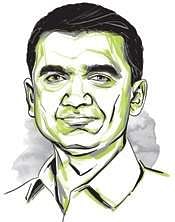 “The recommendations so far had not received legal backing. Establishments set up in Karnataka, especially those that directly or indirectly benefit from the government through industrial concessions, tax concessions, land tax rebate, energy rebate or industrial policy incentives, will have to give priority to Kannadigas in Group C and D jobs, classified as clerical jobs or workmen, subject to qualification. We are making it a law now,” said RDPR Minister Krishna Byregowda.

While mandatory implementation of the law will depend on the opportunity, feasibility and vacancies, an applicant who believes he or she has been wrongfully rejected may apply to the deputy commissioner with a complaint against the firm.

“If charges are proved, the DC can issue a notice to the firm. If it doesn’t  heed the notice, the government will consider revoking any incentives or sops extended to the establishment,” he added. Along with the IT/BT sector that is already exempt from the recommendations, sectors that demand technical knowledge will also not be compelled to implement it.

In its bid to reach out to Brahmins, conventionally thought of as a BJP vote bank, the cabinet approved Rs 25cr for the setting up of Karnataka Rajya Brahmin Welfare Board. The board, through various schemes, will focus on empowerment of economically backward Brahmins.