Bengaluru boy Kevin Martin is one among the 15 candidates to have scored 100 percentile in the Joint Entrance Examination (JEE) Main 2019.

BENGALURU:  Bengaluru boy Kevin Martin is one among the 15 candidates to have scored 100 percentile in the Joint Entrance Examination (JEE) Main 2019. The results of 2019’s first national-level UG engineering entrance exam were declared on Saturday by the National Testing Agency, which conducted the test between January 8 and 12. 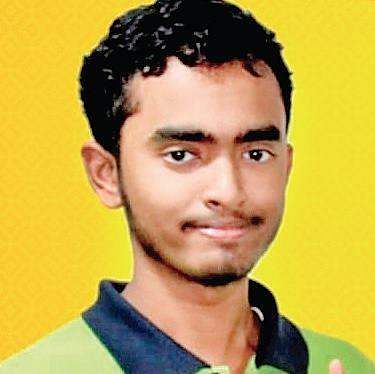 Kevin, a student of Bangalore International Academy in Jayanagar, achieved the feat in his first attempt. Son of a software engineer couple, Kevin now wants to join the prestigious IIT-Madras, where his brother
is currently studying.He stayed at a hostel to avoid any kind of distractions and stayed away from phones.An excited Kevin said, “This is really exciting and I am extremely happy.

The credit goes to my parents, teachers at both college and my coaching institute. I thank my parents for their constant support and my mentors at the coaching institute for having faith in me. They were always preparing me for such success. I owe it to them for developing my critical, cognitive and analytical thinking that stood me in good stead.”

Mahesh Yadav, academic head, Allen Career Institute, where Kevin had enrolled, said, “I congratulate Kevin Martin for this splendid success. He displayed brilliance over the two-year period of his mentoring with us. I   remember him for displaying clarity of thought coupled with decisiveness  and presence of mind — which are core virtues of a potential rank-holder in such demanding, but different nature of examination”

As many as 9,29,198 candidates registered to take up B.E. and B. Tech courses appeared for the JEE Main-2019 across 258 cities in India and abroad between January 8 and 12. For the first time, the exam was conducted completely in the Computer Based Test (CBT) mode. It was also the only nation-wide competitive exam so far to have been held under live CCTV surveillance.

Another first for the test is that candidates have the choice to appear for either one or two exams. Online applications for the next exam — JEE (Main) April 2019 — will begin on February 8 and go on till March 7. The exam will be held from April 6 to 20. After the second exam, the rank list will be released, taking into consideration candidates’ best scores.