Ask him about his journey in the legal profession and he will tell you that it all began in Tumakuru.

TUMAKURU:  Most people in Karnataka and across the country will remember H A Mohan for his famous order of attaching a train as a penalty for delay in payment of compensation to farmers by the Indian Railways. Mohan, at the time, was posted as the Chief Judicial Magistrate in Chitradurga and remembers the incident as his ‘duty to farmers’. The train was attached to draw the attention of the Railways to the plight of several farmers who had given up their land for a project but were waiting for compensation. At the time, many raised their eyebrows at the verdict.

Perhaps what drove Mohan to this judgment is the fact that he himself is a dedicated farmer and understands the plight of the community when they come up against plans for development. Currently a district judge, Mohan works as Assistant Registrar of Enquiries in the Karnataka Lokayukta. 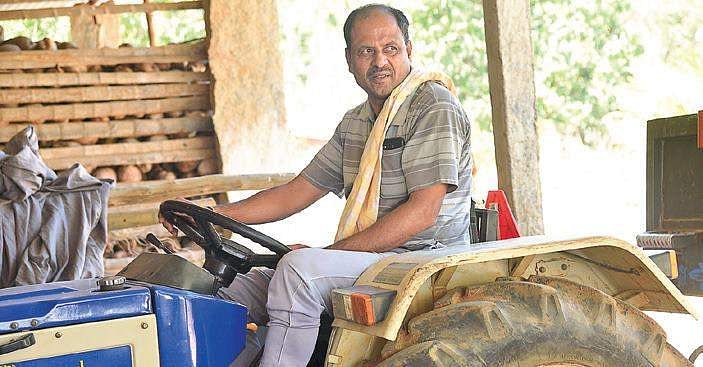 Ask him about his journey in the legal profession and he will tell you that it all began in Tumakuru. “I joined an evening college, the Vidyodaya Law College in Tumakaru, which is 12 km from my village, Habbathanahally. My father H T Adaviswamy used to come to Tumakuru to bring me back home as classes would go on from 4pm to 9pm and walking through the darkened and a bad road was a problem in those days,” Mohan recalls.

Pledging to work towards a safer road, he started working on building a good road to his village from Mallasandra, adjacent to the Tumakuru-Gubbi main road. Twenty-five years later, his dream came true recently as he succeeded in drawing the attention of MP  Muddahanumegowda, who sanctioned Rs. 40 lakh, and the Rural Development and Panchayat Raj released Rs 20 lakh  for building a 2 km road to his village.

This road, nearly completed, will connect several villages like Jogarahatty, Kallipalya, Hadaguru, Outer Ring Road,and Mallasandra. Discussing the project, Mohan  recalls the contribution of Rs. 2 lakh by Siddangangaiah, Rs 38,000 by Puttaraju, husband of a GP member, Rs 5,000 by Chandrashekar, a resident, and others, for building an arch as well as towards road construction. He now plans to convert five acres of barren land, owned by the government, into a playground and community hall.

Mohan also counts himself as a proud and progressive farmer. “My village has a population of only 2,000 people. But it is awesome to see multiple crops like coconut, areca nut, banana, papaya, maize decorating nearly 16 acres in Habbathanahally,” he says. The scorching sun does not deter this 51-year-old from stepping into the mud to work on his land.

Mohan’s father quit his job in Agriculture Department within a few months of joining. He went on to play a vital role in bringing Karnataka Milk Federation to Tumakuru in 1977, villagers say. Mohan’s mother Ashwathamma speaks of him with pride. “I am happy to see him treading the path that my husband took. Within three months of our marriage, the 1962 Sino-Indian war broke out and my husband did not think twice before donating all our jewellery to the government to aid the armed forces. He never wore a watch and my son brought him a brand new one just a few years before his death in 2016,” she says.

Government must compensate  for loss of land
The judgment about the attaching of the train was not Mohan’s first tryst with trying to right a wrong when it comes to farmer compensation. It is a topic he holds close to his heart and has taken it up several times, including when he moved the High Court for compensation in 2017 when an electrical high tension wire was drawn through fields without compensation. “When the government takes away the livelihood of farmers, it is only right they pay compensation. It is an injustice to farmers as coconut trees, arecanut and other crops had to make way for a high-tension wire from Vasanth Narasapur to Koodankulam. The farmers were compensated for trees but not for their land. Therefore, I  moved the HC’, he says. The case is pending for adjudication.