CT Ravi pushes for another heritage insitute in Mysuru

BENGALURU: A minister from Karnataka is pushing for setting up of the Indian Institute of Heritage and Conservation in Mysuru, cheerfully unaware that the heritage city is home to the Oriental Research Institute for decades. And neither did he check with his party colleague from the area about the grand plan. 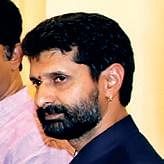 Kannada and Culture Minister CT Ravi, along with Union Minister Pralhad Joshi, met Finance Minister Nirmala Sitharaman and submitted a proposal to set up the institute. Joshi even tweeted that once this institute is established, it will help conserve manuscripts and monuments. The Oriental Research Institute in Mysuru has over 70,000 manuscripts, including 40,000 palm leaf scripts which are of heritage value.

Mysuru-Kodagu MP Prathap Simha, left quite out of the loop, said that digitising of the manuscripts has already been taken up. “We were not informed by the minister. We don’t know about the meeting in Delhi,” Simha said.

Asked whether he knew about the Oriental Research Institute, Ravi said the new heritage centre will give the state national status. “The Indian Institute of Heritage and Conservation was announced in the Union budget by FM Sitharaman. Many states are also trying to bag this institute, which comes under the tourism department. It will provide job opportunities for locals. Mysuru is a heritage city and having the institute in Mysuru will be apt,” he said.

He will also be meeting Tourism Minister Pralhad Singh Patel to urge him to set up the centre in Mysuru. Since Nirmala Sitharaman is a Rajya Sabha MP from Karnataka, the memorandum was also submitted to her. Ravi said that land was recently allotted for a Kannada Classical Language study centre.

He also reportedly met Sports Minister Kiren Rijiju, and appealed for the construction of a full-fledged stadium at Chikkamagaluru, his hometown. He appealed to Sitharaman to announce a special package for distressed cardamom and pepper growers of Chikkamagaluru. The FM reportedly assured him that she would hold a webinar with the growers and take a decision.

More from Karnataka.
Now we are on Telegram too. Follow us for updates
TAGS
CT Ravi