Officials across departments, including the police, received training on how to deal with the stigma associated with Covid in an online programme on Thursday.

BENGALURU: Officials across departments, including the police, received training on how to deal with the stigma associated with Covid in an online programme on Thursday. Commissioner for Health and Family Welfare Pankaj Kumar Pandey inaugurated the programme that was developed by the World Health Organisation and United Nations Development Programme, to combat the growing stigma and instances of discrimination against Covid patients and their families. 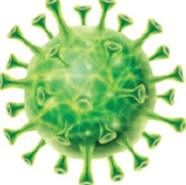 “There is an urgent need for empathy and moral support for Covid-positive people and frontline workers. We need to keep in mind that Corona warriors also include patients who have recovered, as they can be potential donors for plasma therapy. This orientation will strengthen the effort to build confidence not only in patients, but also all those involved in fighting the disease,” Pandey said.

Facilitated by Dr Mohamed Shariff, deputy director, State Surveillance Unit, and Dr Rajani, deputy director for Mental Health, the training was attended by officers at the state level, and representatives of the departments of police, education, Women and Child Development, and Rural Development and Panchayat Raj.

Frontline workers at the district level will be trained too. Pandey also released two handbooks on Covid-appropriate behaviour, which were developed by the Karnataka Health Promotion Trust in collaboration with the State government. These will be distributed among health workers in 198 BBMP wards and over 6,000 GPs.

Now we are on Telegram too. Follow us for updates
TAGS
COVID 19 Karnataka