BENGALURU: An astronomical event is about to unfold. A space rock (asteroid) of 30 metres in diameter is hurtling towards Earth at a speed of 29,520 kmph and will give Planet Earth a “close call” on September 1. 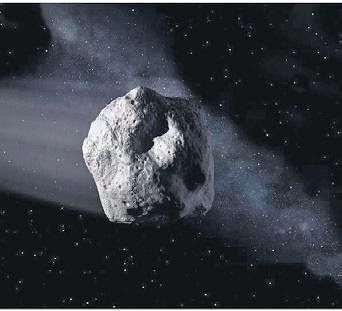 But if you are worrying that this could be a catastrophic addition to the already existing woes induced by the prevailing Covid-19 pandemic, rest assured.

Experts, however, say spotting the asteroid will be difficult by amateur astronomers as the asteroid, at such a huge distance, will not be emitting a tail like comets do.

The asteroid, which was discovered on March 2, 2011, has attracted much attention as even the distance from Earth when it passes by is astronomically considered “close”.

The same asteroid, 2011ES4, had given Earth an earlier fly-by on March 13, 2011, but that distance was fairly huge compared to the distance by which it will pass Earth this time.

The National Aeronautics & Space Administration (NASA) designates asteroids larger than 100 metres in diameter and within 19.5 lunar distance (LD — the unit distance between Earth and Moon) as ‘Potentially Hazardous Asteroids (PHAs)’.

This is why astronomers are excited. They say this will be the closest that an asteroid will be coming to Earth in several decades. Asked about possibilities of an impact, astronomers from Akash Ganga Centre for Astronomy (AGCA) said such objects start disintegrating the moment they enter the Earth’s atmosphere.

Dr Bharat Adur, Director, AGCA, says though this one will not enter Earth’s atmosphere, there is a chance that its trajectory could change harmlessly as it comes within the planet’s gravitational influence.

A possible change in the asteroid’s trajectory due to Earth’s gravitational tug could decide whether this is the last visit to Earth’s neighbourhood or not.

According to Vishnu Reddy, Associate Professor,University of Arizona’s Lunar and Planetary Laboratory, the size of an asteroid can vary from as much as 940 km in diameter to just two metres wide, the smallest so far studied being an asteroid named 2015 TC25, which made a fly-by of Earth in October 2015.

Most asteroids do not impact Earth as they just fly by. But Dr Adur cautiously points to the February 15, 2013 Chelyabinsk meteor, which is now understood to be an asteroid 20 metres wide. It had missed Earthy surveillance and entered the atmosphere, exploding over the Russian town at an altitude of about 30 km.

The blast caused shock waves that shattered glass windows and panes on the ground, with about 1,500 Chelyabinsk citizens sustaining injuries, but no deaths. The astronomers, however, say 2011ES4 will not be doing that.

Now we are on Telegram too. Follow us for updates
TAGS
asteroid 2011ES4