The Opposition has been extremely critical about the government’s move to revise the syllabus.

BENGALURU: While it did appear that Tipu Sultan was not the only target of the exercise to slice off parts of the school syllabus on Monday, a member of the ruling party claimed that the move was deliberate, and a controversial person should not be projected as a hero to children.Anwar Manipaddy of the BJP said that regardless of whether the syllabus revision had to do with Covid or not, it was good that the lesson on Tipu Sultan was dropped. “He was a controversial person who had harmed the people of the Karnataka and Kerala,” Manipaddy said. He went on to say that the “lesson was not truncated, but removed on purpose because he (Tipu) was a controversial man”.

The Opposition has been extremely critical about the government’s move to revise the syllabus. KPCC president D K Shivakumar said the BJP wants to “make its personal agenda a historical agenda”, and this is unacceptable, and will be taken up seriously. “You can’t change history, whether we celebrate Tipu Jayanti or not is a different issue,” he said. 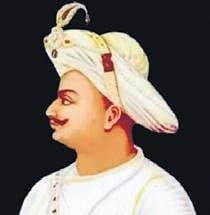 All India Congress Committee (AICC) spokesperson and Supreme Court advocate Brijesh Kalappa said the Congress will protest and look at legal remedies. “Although the government had to chop the syallabi of many subjects, it chose specific subjects that are inconvenient to the BJP, which wants to provide children unwholesome education and create a highly bigoted mindset,” he said.

JDS national spokesperson Tanveer Ahmed termed it a “diversionary tactic” of the BJP because CM Yediyurappa has failed to deal with the Covid crisis, and has not yet resolved the flood problem. Congress MLA Priyank Kharge called it a “systematic eradication of intellectual capital.” Managing Director of Karnataka Text Book Society Madegowda said that the move was temporary. “They are neither removed from the textbooks nor the syllabus. The schedule is only for this year,” he said.

Prefabricated agenda: Archbishop
While the chapters on Christianity and Islam, and teachings of Jesus Christ and Prophet Mohammed have been dropped, with claims that these religious figures and their teachings figure in Class 9, Bengaluru diocese Archbishop Peter Machado told the media, “The lesson was moved from Class 6 to Class 9. When you go to Class 9, it says the lesson was done in Class 6.” “This looks like a prefabricated agenda to not show the contribution, greatness and tenets of Islam and Christianity. Children at this age absorb these things, and are the best ambassadors of communal harmony,” he said,.

Stay up to date on all the latest Karnataka news with The New Indian Express App. Download now
TAGS
Tipu Sultan