He had feared that the virus could spread to neighbouring states too.

BENGALURU: While the Union Health Ministry has announced a new ‘double mutant’ variant in India, the National Institute of Mental Health and Neuro Sciences (NIMHANS) in Bengaluru — where genome sequencing of samples from across the state is being conducted — has also been able to test only 180 samples so far and the analysis have not revealed any new strain in Karnataka. The institute is also facing a severe fund crunch to carry out detailed sequencing procedures.

Medical experts, who are noticing changes in the behaviour of the virus in patients, argue that the samples collected in the state are extremely few and say that the situation calls for more genome sequencing to know if there is any new variant in the state which is leading to an increase in the number of cases.

Speaking to TNIE, Dr V Ravi, Nodal officer for genomic confirmation of SARS-CoV-2 and retired professor at NIMHANS, said, “Of all the samples we have tested in Karnataka, including the recent clusters from Yelahanka and the Nursing College in Bengaluru, there has been no new mutant variants. However, we are continuing to take samples for genomic sequencing.” 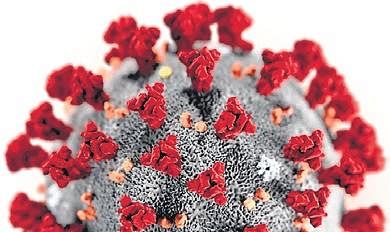 The NIMHANS is also one of the labs under Indian SARS-CoV-2 Genomic Consortium (INSACOG). According to the data given by Dr Ravi, the lab began tests for genome sequencing from December 20 and has so far tested 180 samples, including UK returnees. Of the 75 traveller samples tested, they have found the UK strain in 30 samples and the South African strain in three samples in Karnataka. However, experts believe that the sample size of 180, given the positive numbers the state is witnessing now, is too small and they believe that the presence of a new variant cannot be ruled out.

Dr Giridhara Babu, senior epidemiologist and member Technical Advisory Committee, had in February suspected that an increase in number of cases in Maharashtra was due to a new variant. He had said that preventing outbreaks in areas with higher proportion of susceptible persons is the most important step and, to do this, “timely declaration of the genomic sequencing results, and strict containment measures in adjoining areas, is necessary.”

He had feared that the virus could spread to neighbouring states too. Now, the positivity rate in Karnataka has crossed 4% . “Absence of evidence is not evidence of absence. We are simply not doing enough sequencing. Hence, we are failing in understanding whether there is any new strain, whether it has high infectivity or not. More genome sequencing is important to prevent an outbreak,” he had said.

Agreeing, Dr Satyanarayana Mysore, senior pulmonologist and Head, Department of Sleep Medicine, Manipal Hospital, Bengaluru, says, “There must be a surveillance method, a policy which can run in convergence with clinical experts. When there are drastic changes in the behaviour of patient symptoms, random samples must be sent for genome sequencing. Constant vigilance is needed. We have to understand that this virus will mutate and when strains are formed, then they can get dangerous and one needs to understand how the virus is behaving,” he said.

He said that since October, doctors were observing cytokine storms in patients on the 13th day onwards while earlier, it used to be on the 8th and 10th day. This led to a lot of readmissions. “There is a high possibility of a new strain in Karnataka,” he said.However, it is a challenge to expand genome sequencing says, Dr Ravi. The procedure is expensive and the NIMHANS lab has little infrastructure. Cost varies between Rs 8,000 and Rs 10,000, depending on samples. If there are 10-12 samples, it can go up to Rs 20,000.

Now we are on Telegram too. Follow us for updates
TAGS
COVID 19 NIMHANS