CPM CC  likely to take a call on VS issue today

The CPM Central Committee meet, which started here on Friday, will consider the politburo Commission report in the V S Achuthanandan issue most likely on Saturday.

THIRUVANANTHAPURAM: The CPM Central Committee meet, which started here on Friday, will consider the politburo Commission report in the V S Achuthanandan issue most likely on Saturday. It is learnt that the report has pointed at grave indiscipline by the veteran, but chances are less for any major action against him. Meanwhile discussion on nepotism charges against E P Jayarajan is not part of the CC agenda this time. 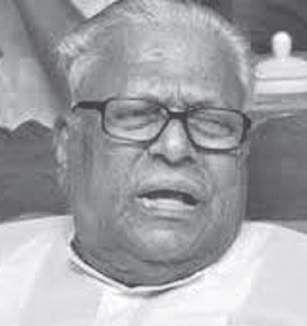 On the first day, PB member S Ramachandran Pillai presided over. He also presented resolutions condoling the demise of leaders including Fidel Castro. General secretary Sitaram Yechury presented the political report on which discussion started and would be over by Saturday. The primary focus of discussion was demonetisaton issues where leaders shared their opinions and experiences.

Need for forming a constant movement has been stressed. Discussion on the political and electoral tactics to be taken by left in the upcoming Assembly elections started and will continue on Saturday. Later Yechury will reply to the discussion. VS issue has been scheduled during discussions on organisational matters from Saturday evening.

However it could be postponed for Sunday if political discussion gets delayed. The PB commission report refers to VS’ dissent with the state leadership over a number of issues including the SNC Lavalin case against CM Pinarayi Viajyan. Walkout from the Alappuzha conference has been termed wrong and violation of discipline. However no disciplinary action has been recommended.

Meanwhile on Friday VS had a meeting with general secretary Sitaram Yechury at around 1 pm. The CC is expected to take a call on VS’ demand for inclusion in the party unit also. He could find a place in the state committee.

Party state leadership had pointed out indiscipline charges and had sought action. VS on the other side had raised complaints against the state unit too. Chances are less for the CC to recommend for any major action other than censuring. While members from West Bengal are not in favour of any major action some Kerala leaders are of the view that action should be taken. There were reports that the CC may look into nepotism charges against CC members E P Jayarajan and P K Sreemathy. However it has not been included in the agenda.