A year after the Land Revenue Commissioner issued an order to identify encroachment on revenue land in the statre and take necessary action, no punitive action has been taken in this regard.

THRISSUR: It appears the district administration is in snooze mode despite allegations of massive encroachment on government land. A year after the Land Revenue Commissioner issued an order to identify encroachment on revenue land and take necessary action, no punitive action has been taken in this regard.

Based on the July 26, 2016 order, a team comprising the additional tahsildar, taluk surveyor and the section clerk was formed in Thrissur, Chavakkad, Mukundapuram, Thalapilli and Chalakkudy taluks. They were headed by the Deputy Collector. However, activists allege the lack of will on the part of authorities to take stringent measures have led to massive encroachment.

A case in point is the banks of the Bharatha Puzha at Nambiar Pallam in Nedumpura village of Vallathol Nagar grama panchayat. Social activist K Devadas told Express even though he had submitted a report to the authorities pointing out massive encroachment of the river banks by land sharks, no action has been taken till date. 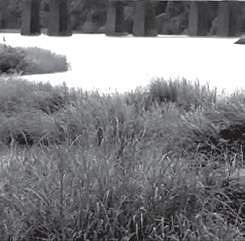 “When the Nambiar Pallam-Mundaya canoe service was stopped, people started encroaching upon the river bank.”  The bank used to be 20 feet below the main road. However, the whole area has been filled in and cash crops are grown here. Shops have also come up and they have been given electricity connection and building numbers.

Despite alerting the district authorities and Revenue officers, punitive measures are yet to be taken, said the activist. Replying to an RTI query, the village officer said he had submitted a report to the tahsildar saying a preliminary review reveals encroachment and it needs to be surveyed, Devadas said.

Similarly, farmer and social activist T N Mukundan filed a case in the Lokayukta sitting at Kottayam on Thursday citing encroachment by actor Dileep. He accused the actor of constructing the D Cinemaas movie complex in Chalakkudy on government poromboke land. Despite the Land Revenue Commissioner’s order to investigate and submit a report in 2015, no action has been initiated, he said. The Lokayukta has given notices to the actor and 13 others and has directed Revenue officers to submit all the records.

Now we are on Telegram too. Follow us for updates
TAGS
government land Thrissur district encroachment