The National Disaster Management Authority is preparing guidelines for training the differently abled on survival skills in times of natural disasters.

KOLLAM: It was a special occasion for Kerala when it became the first state to launch a disaster preparedness training programme for persons with disabilities. That was in May 2016. A year after, the state is again in the limelight. 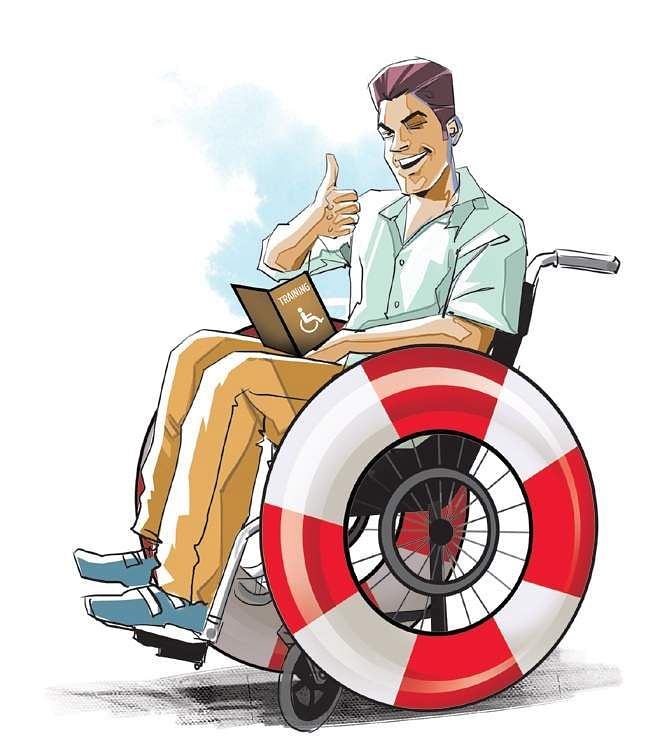 Meanwhile, Kerala SDMA says it is gearing up to launch district-level training programmes for the differently abled in the state. Around 200 such people from each district will be covered under this. “Yes, it’ a proud moment for us. We were the first state to roll out a disaster preparedness training programme for differently abled. We had also released a handbook mentioning the training module and other related information. It might be because of this that NDMA has asked us to join the panel which will prepare a national-level guideline,” says Joe John George, state project officer, UNDP project, SDMA.

“At the state level, we were planning to launch the training programme in a month. Earlier we had categorised the differently abled in into four broad categories: Visually Impaired, speech and hearing impaired, physically impaired and intellectually impaired. As per the plan, 50 people who fall under each category in a district will be trained. Thus a total of 200 people at the district level and 2,800 at the state level will be given training in first phase.”

According to SDMA officials, by keeping in mind the differently abled the handbook as well as the training materials have been remodelled to appeal to the respective categories. In the case of visually impaired, the officials say the entire material has been reprinted in Braille and for the speech and hearing impaired, sign language-based training materials have been prepared.

“For the visually impaired, with the help of the Kerala Federation of the Blind, we have converted the materials into DAISY format. Through this, the visually impaired can share the materials among Whatsapp groups and other platforms. As providing training to intellectually impaired ones is technically impossible we have decided to train their caregivers. To ensure a comprehensive reach of the said programme we had earlier asked local bodies to carry out a mapping of differently abled persons in their respective areas,” says an SDMA officer.

“One of the core principles of disaster management is, ‘leave no one behind,’” says Joe.  “Thus we can’t exclude the differently abled from the disaster preparedness programmes. Indeed they are the ones who need more attention than the abled.”  According to Joe, the materials prepared for the differently abled will be shared with the NDMA if needed.