Kerala to implement 'She Pad' scheme in government schools

THIRUVANANTHAPURAM: After hitting a few roadblocks along the way the ‘She Pad’ scheme to ensure menstrual hygiene among girl students in Kerala will finally be implemented in the state-owned schools next month.The first-of-its-kind project in the country will provide free sanitary napkins and awareness booklets to girl students studying in sixth to 12th standards in all government and aided schools in the state. 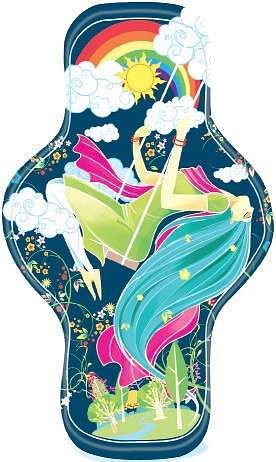 The initiative by the HLL Lifecare Limited and the Kerala state government was announced by Health Minister K K Shailaja last year and was launched by Chief Minister Pinarayi Vijayan in May 2017.
“Due to some technical difficulties, we were not able to implement the She Pad project soon after its launch a couple of months ago. But, we have now completed all the formalities and the project is all set for implementation,” said R P Khandelwal, the chairman and managing director of HLL.
HLL expects more than one lakh students and teachers to benefit from the project. Along with making sanitary pads easily accessible, the project will also conduct awareness camps in various schools for boys to create a healthy mindset on menstruation in the opposite sex.

“The easy and cheap accessibility of sanitary pads is a social and economic issue especially when the Central government has taxed the pads at 12 per cent under the GST which is unacceptable,” said Annie Raja, CPI leader and general secretary of the National Federation of Indian Women.
As many as 106 local self government bodies have handed out Rs 1.5 crore to Kerala State Women’s Development Corporation to fund the statewide project. A trial which drew positive responses from the students and teachers was implemented in 110 government schools in Thiruvananthapuram and 623 schools in Kozhikode.

HLL said the sanitary napkins to be distributed under the project will conform to the standards set by Kerala Medical Service Corporation and the Bureau of Indian Standards (BIS).
“HLL has been providing sanitary napkins to as many as 4,000 institutions, including schools and other women-oriented workplaces, across the country through our ‘Vendigo’ machine,” said Khandelwal. The machine dispenses ‘Happy Days’ sanitary napkins, manufactured at HLL’s Kanagala factory in Belgaum. The factory produces 400 million napkins every month.
Additionally, the napkin incinerators which are being installed along with the machine will enable safe and environment-friendly disposal of used napkins.