The Department of Personnel and Training, in a letter stating plans of including physical fitness as a requirement of to decide promotion in various grades of IPS.

KOZHIKODE: IPS officers, please start hitting the gym, swim or jog as soon as possible. Your pot belly and poor stamina will hinder your promotion chances once the Ministry of Home Affairs gives the final approval to a proposal making physical fitness mandatory for IPS officers for promotion.
State Director-General of Police Loknath Behera has welcomed the proposal saying IPS officers should give due prominence to  physical fitness. “It is a good proposal. An IPS officer should be physically and mentally fit to deliver the job,” he says. 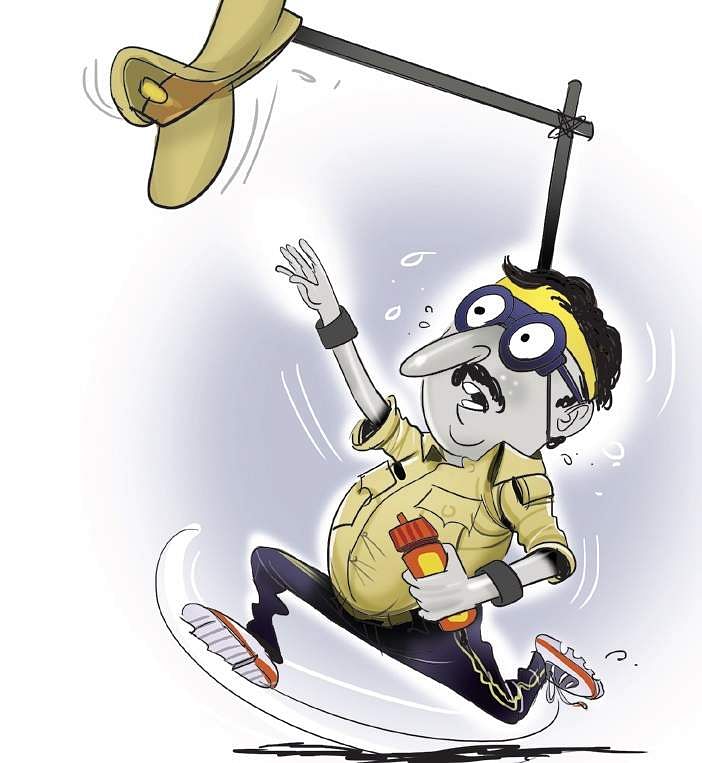 The Department of Personnel and Training, in a letter dated June 21, 2017, sent to all states, proposed to make amendments in the IPS (Pay) Rules, 2016 which include requirement of physical fitness to decide promotion in various grades of IPS. The letter sent by Rajesh Kumar Yadav, Under Secretary to the Union Government, requested all states to furnish their comments on the proposed amendments latest by July 2, 2017. “If no comments are received by this time, it will be presumed the state government concurs with the said amendments,” the letter said.

The letter further said the Ministry of Home Affairs (MHA) has recommended physical fitness of IPS officers as a mandatory measure for IPS officers before promoting them to various grades in IPS which will be on a par with Group ‘A ‘officers of Central Paramilitary Forces. Therefore, they have proposed to make amendments in the existing Rule 3 of the IPS (Pay) Rules, 2016.
As per the proposal, the officers must be certified as ‘SHAPE 1’ to become eligible for promotion. The officers must undergo the highest level of fitness test in terms of psychological health, hearing, appendages, physical capacity and eyesight. “Currently, there is a process under which IPS officers should undergo physical fitness test every year and submit a detailed medical report to the Home Department. Regarding the latest proposal, we are yet to get details about it,” says Additional Chief Secretary (Home) Subrata Biswas.

Now we are on Telegram too. Follow us for updates
TAGS
IPS fitness