‘The high command will hold talks with senior leaders soon on the issue to arrive at necessary conclusions and issue further directives’.

THIRUVANANTHAPURAM: Rattled over the fact prominent Congress leaders have been left to burn out in the Solar heat borne from the judicial commission report, the party high command has asked all concerned in the top rung of  the state unit to bury the hatchet and devise concrete ways to unitedly overcome the crisis at the earliest, by firming up politically.  In the meeting convened in New Delhi on Friday, Rahul conveyed the serious concern of  the national leadership in the turn of events in the Solar issue. Not in a mood to support the Kerala leaders, he said the high command would hold discussions with senior leaders soon on the issue to arrive at necessary conclusions and issue further directions. 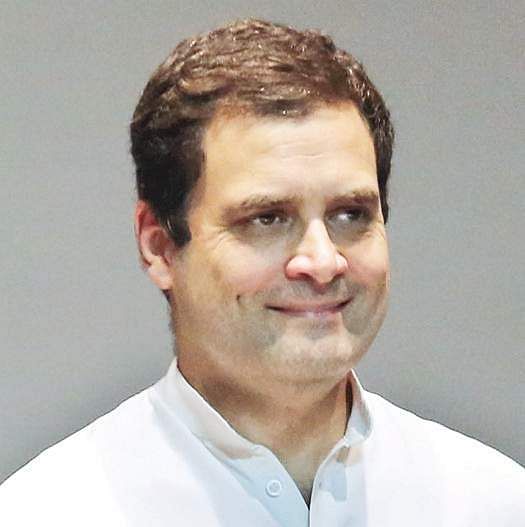 The high command’s concern is the Solar report will breach the state’s contours and become a national campaign stuff for the BJP in the event of prominent leaders against whom charges of  corruption and sex abuse found credence in the announced probe and the party is not able to wither the onslaught. The CPM will  leave no stone unturned to make political gains in the state, it was said. Former Chief  Minister Oommen Chandy explained his position on the Solar Commission report to Rahul, asserting moves of  the Left Government are politically motivated, would only boomerang upon the CPM and would not affect the prospects of  the Congress. He said he was determined to fight it out legally.

Opposition Leader Ramesh Chennithala, KPCC president M M Hassan, vice-president V D Satheesan and former president V M Sudheeran were reportedly unanimous in taking upon the CPM-led state government  in both political and legal terms. They affirmed a political vendetta is being unleashed against the Opposition UDF and the Congress in pursuit of  an agenda set at the instance of Chief Minister Pinarayi Vijayan to tide over adversities faced by the Left Government .

Serious deliberations were held on the organisational revamp in the party’s state unit as well, according to a senior leader who took part in the discussions. The direction was to tone up the ongoing exercise with a please-all formula, by sharing the party posts in a proportionate manner commensurate with the strength of different groups, but essentially with adequate representation for youth and women. The Kerala team was also asked to strictly go by the directives of  the Congress Central election authority chaired by Mullapally Ramachandran MP and finish the finalisation of  new KPCC members’ list within a short time frame.

KPCC president M M Hassan said Rahul Gandhi suggested ways to deal with the Solar report and slapping of  cases against a slew of  leaders.’’It will be discussed at the forthcoming KPCC meet. The issue will be addressed unitedly,’’ he said. Chandy said the Congress party and Opposition front would decide on the course of  a political counter in the issue. Leaders from Kerala held talks with Mukul Wasnik, AICC general secretary in-charge of  the state, on various issues in front of  the party in the state.

In the meeting convened in New Delhi on Friday, Rahul conveyed the serious concern of the national leadership in the turn of events in the Solar issue

More from Kerala.
Now we are on Telegram too. Follow us for updates
TAGS
Rahul Gandhi Solar scam