If it emerges the information given to the House runs counter to the actual statistics, the anomaly will be rectified, says Raveendranath.

KOZHIKODE: In the light of the reported faux pas made by  him  in the Assembly while making a statement on the sizeable section of students who had not specified their caste while seeking admission to  respective schools, Education Minister C Raveendranath told reporters here the Director of Public Instruction (DPI) has been asked to check the facts.He said if indeed it emerges the information given to the House runs counter to the actual statistics, the anomaly will be rectified.He had on April 26 told the Assembly there are around 1.24 lakh students enrolled in the state’s schools who had left the caste column in the admission form vacant. It had made headlines, with even the national media picking up the story. 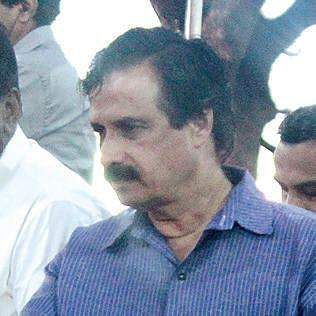 However, the matter snowballed into a controversy after a few school authorities came out in the open denying the claims made by him.According to them, all the students enrolled in their respective schools had indeed specified their caste and it could have been a technical glitch which led to the minister making such a statement.Nonetheless, Raveendranath stood by his statement and said he had merely quoted from the data uploaded on  Sampoorna  software, which has details of all the students.

He also said  he had asked for a complete report on the incident at the Nehru College in Kanhangad, Kasargod, where the students had put up a poster in the college auditorium bidding “farewell to their teacher who had died in the hearts of students”. The poster was put up allegedly by  the SFI members on the day of retirement of the college principal.The minister said stringent action will be initiated against those behind the incident.

Cong moves breach of privilege motion
T’Puram: In the wake of reports on lapses in the state government’s data on students who took admission without mentioning caste and religion, the Congress has moved a breach of privilege motion against the Education Minister for providing false information in the Assembly.  Issuing the notice for breach of privilege against Education minister C Raveendranath, Congress deputy leader in the House, K C Joseph, said the minister misled the Assembly by saying that 1,24,147 students took admission without entering caste and religion.