Over16,000 people lost their lives on Kerala roads over past four years

Be it unscientific alignment, lack of width of roads, rash driving or scant regard for rules, fatal mishaps are a daily occurrence. Express examines

KOCHI:  Here is a shocker to shake you awake from slumber. Hold your breath. More than 16,000 people have lost their lives on the roads of Kerala over the past four years. Not to mention the number of people who have been grievously injured. Even more distressing is the fact that a big chunk of the victims comprises youngsters. Be it unscientific alignment, lack of width of roads, rash driving or scant regard for rules, fatal mishaps are a daily occurrence. Express examines

That’s the number of people who lost their lives on the roads of Kerala in the past four years till 2017. And if you count the death toll in the first three months of this year, you can easily add another 1,000 to the above figure. More alarmingly is the fact that a large percentage of the road victims is youngsters. The figures are distressing if one takes into consideration the number of people who have sustained minor and grievous injuries - over 2 lakh in the last four years, as per the figures of the Kerala Police.

On an average, 12 persons die and 150 sustain injuries in mishaps on the roads in the state daily. The latest report - Road Accidents in India - published by the Ministry of Road Transport and Highways said 13 states accounted for 86 per cent of the total road accidents in the country and Kerala is one among them. About 10,000 accidents have been reported and around 1,000 lives were lost on the roads in the past three months. 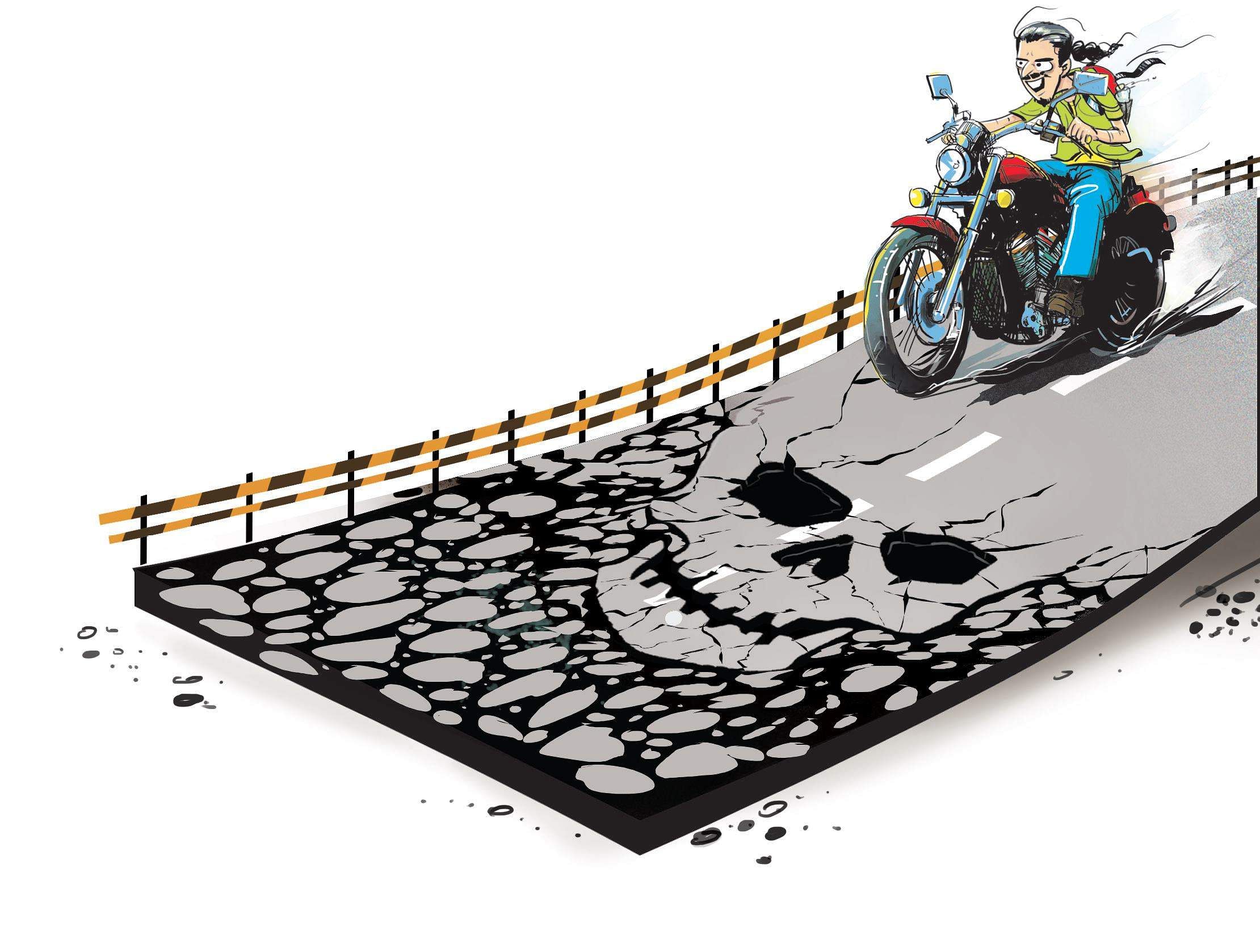 In 2017, as many as 38,470 accidents were reported while 4,131 deaths and 42,671 injuries occurred.
“Alarmingly, people - mainly between the age group of 15 and 45 - are the majority of the victims in the road accidents in Kerala. Of this 80 per cent are teens,” said Dr P P Venugopalan, member, Road Safety Authority.Speeding and violations of rules by two-wheeler riders and car drivers are the major reasons for the road accidents. Adding to the woes, the majority of cameras and radars installed by MVD to curb overspeeding are dysfunctional. Officers said 275 black spots have been identified on the roads in the state. Of this, 116 are on the National Highways.

“On a priority basis, the Kerala Road Safety Authority is initiating steps to avert the mishaps on 46 roads under the aegis of the MVD, the police and PWD Departments,” said a top officer with the police.
“In Kerala, the teens who have no driving license are involved in accidents. The immature manner of following traffic rules, lack of awareness of the discipline to be followed while driving and the mindset of adventurous driving are the main reasons,” Venugopalan said. Besides, the abuse of drugs and liquor among the youths is also an issue, he added.However, the figures available with the police reveal the fatalities are on the rise despite the enforcement activities by the department. During the last year, the police detected 7,78,245 traffic violations.

Of this, they recommended cancellation of driving licenses of 11,036 violators. Prosecution steps are being initiated in 51,805 cases while 2,86,588 persons were subjected to counselling. As many as 23,167 driving licenses were cancelled in 2017. In Kochi, two-wheeler riders are prone to accidents. According to data from the city traffic police, of the 194 road mishaps reported in the city in February this year, 150 involve two-wheelers. Of the 15 accident deaths reported, nine were two-wheeler riders. Among the deceased, three were not wearing helmets. 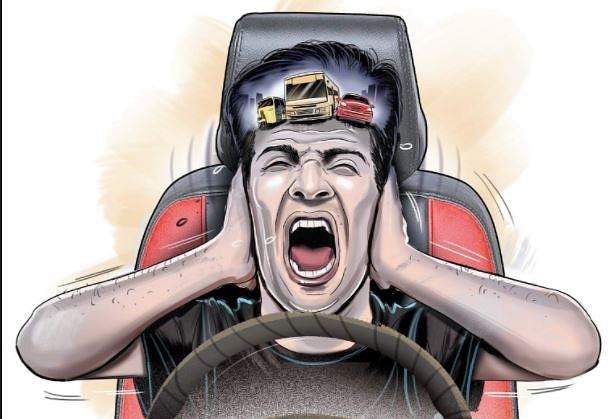 Besides, 77 two-wheeler riders and 21 pillion riders sustained severe injuries in various accidents reported from the city. Fifteen pillion riders suffered minor injuries. Last year, around 60 two-wheeler riders died in various accidents in the city. A total of 2,503 mishaps took place and 137 persons lost their lives while 2,600 persons suffered injuries. According to officers, two-wheeler riders should use helmets. “Many of them wear helmets to evade the law. But they do not use the chin strap. Besides, overspeeding, violation of traffic signals, drunk driving and usage of mobile phones while driving also cause mishaps,” they added.

Ernakulam RTO (Enforcement) K N Shaji said in the wake of rising fatalities, a special drive will be conducted across the district this month. According to him, the markings on many of the roads are improper and this contribute a major share in the mishaps. “Eighty per cent of the cameras installed for surveillance found dysfunctional would be operational by the end of this month itself,” he added. Venugopalan said awareness campaigns centred on educational institutions with the assistance of Student Police Cadets and other organisations along with anti-drug campaign and effective enforcement of the law by the authorities would help in curtailing the number of accidents, he added.
The campaigns via social media platforms also would yield better results, he said.

86% of the total road accidents in the country occur in 13 states and Kerala is one of them, says the latest report - Road Accidents in India - published by the Ministry of Road Transport and Highways 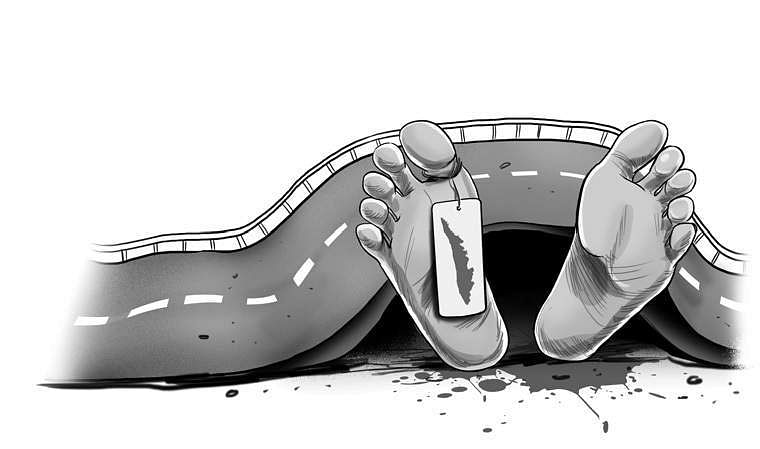 194 road mishaps were reported in Kochi city in February this year and out of which 150 involved two-wheelers. Of the 15 accident deaths reported, nine were two-wheeler riders. Among the deceased, three were not wearing helmets

7,78,245 traffic violations detected in the state by the police last year. Of this, they recommended cancellation of driving licenses of 11,036 violators. Prosecution steps are being initiated in 51,805 cases while 2,86,588 persons were subjected to counselling. As many as 23,167 driving licenses were cancelled in 2017

Kannur: On an average, 16 people die in road accidents in Kannur in a month. This year, up to March 24, there were 475 accidents claiming 49 lives and leaving 527 people injured. It is pointed out the increase in the number of vehicles is one of the main reasons behind the spurt in the number of road accidents. “When traffic chokes you, naturally you will rush when you get space by speeding up your vehicle,” said an official. “And everybody wants to go first, without thinking about the rest of the people on the road. A new road culture should be developed among the vehicle drivers in the district,” said M Rajesh, Town Traffic SI.  And the reckless driving should be controlled at any cost, he said.

Beware of these 11 black spots

Kozhikode: The spike in the number of road accidents in the city has forced the traffic police and other agencies concerned to devise various measures to curb mishaps, including the strict implementation of traffic rules, identifying scientific engineering solutions and awareness creation. According to police data, 184 persons were killed in road accidents in the city in 2017 - the highest in four years. The number of fatal accidents stood at 145 in 2016, it was 160 in 2015 and 2014. The city police have identified nearly 11 ‘black spots’ - a stretch of about 500 metres that recorded either five road accidents (involving fatalities or grievous injuries) or 10 fatalities a year - in 2017.

Finding the root cause

National Transportation Planning and Research Centre (Natpac) has undertaken a study to identify the problems at the ‘black spots’ and suggest remedial solutions, including engineering works, to change the alignment of roads in Kozhikode. “The department has been following up the developments with the Public Works Department, National Highways, (Natpac) and Kerala Road Fund Board,” said Assistant Commissioner of Traffic (Kozhikode North) P K Raju.