The special investigation team probing the murder of a former radio jockey has confirmed that the culprits have gone to Mumbai.

THIRUVANANTHAPURAM: The special investigation team probing the murder of a former radio jockey has confirmed that the culprits have gone to Mumbai. However, the police suspect the culprits are frequently changing locations within Mumbai city to mislead the probe team. The police are tracking down the culprits with the help of cyber experts. 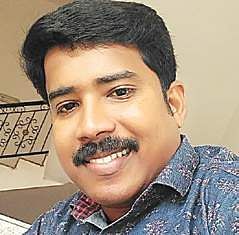 Rajesh aka Rasikan Rajesh, 36, of Kilimanoor was hacked to death in his studio by a four-member team around 2 am last Tuesday. Rajesh’s assistant Kuttan was also attacked. However, he escaped from the spot immediately. He is still under treatment at Medical College Hospital.Attingal DySP P Anilkumar told ‘Express’ that the probe was in the right direction and they would be arresting the culprits very soon.

“We are trying to locate them as we have already received their whereabouts. They are changing their locations to confuse the police. But we are in the right direction and they will be nabbed soon,” he said.

Meanwhile, the police are also verifying the whereabouts of an NRI who allegedly gave the quotation work for killing Rajesh. The police said there were unconfirmed reports that Rajesh had some relationship with the NRI’s wife who is a native of Alappuzha. The call details of Rajesh was also verified by the police revealing that Rajesh was in conversation with a woman in an internet number at the time of the incident.

The murder took place on March 27 when Rajesh and Kuttan came to his studio after a folk song performance held at a nearby temple. A red Swift car was seen outside the studio in suspicious circumstances. When they came out of the studio,  four men got down from the car and attacked them using sharp weapons. The police had recovered the car used by the assailants from Adoor last week.