Basking as they are in the glory of a Santosh Trophy triumph after 14 years, the Kerala football team’s improved fitness levels have played a key role in supplementing their skills on the field.

THIRUVANANTHAPURAM: Basking as they are in the glory of a Santosh Trophy triumph after 14 years, the Kerala football team’s improved fitness levels have played a key role in supplementing their skills on the field.Apart from sound physical conditioning, the players would be grateful to one man who had guided them in their nutritional requirements over the past three months. M Anirudhan, the nutritionist, said his close association with Kerala coach Satheevan Balan had brought him the job of providing ‘health’ assistance to the team. 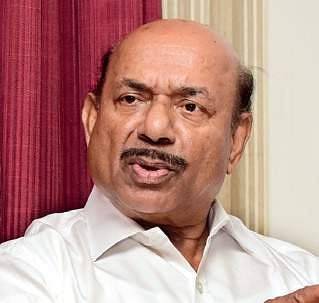 “I had worked with Satheevan when he was the coach of the Calicut University team,” Anirudhan told Express. “Then, I was providing assistance to its football, volleyball and athletics teams. This connection brought me to the Kerala team.”

Anirudhan, the president of Essen Nutrition which provides expert advice on nutritional requirements, said he had successfully introduced the concepts of ‘Pre-Game, Compete and Restore’ to the Kerala team to build up their physical fitness with adequate nutrients.His approach is centred on individual attention to diet, replacement of electrolytes and building up glycogen reserves, he said.

“It was an arduous process. At first, experts from Essen were employed to monitor the fluid loss of players during a game at various intervals for several days. Then, the pattern of loss was quantified in terms of individual electrolytes and nutrients. In the last leg, we used this information to build statistical data of each player and then provided them with adequate nutrient supplements,” he said.

Taking a cue from the positive feedback received from the Calicut University and the Kerala Santosh Trophy squad, Essen Nutrition is learnt to be planning a two-day workshop of faculty members drawn from physical education departments across the state.

“The other major intervention we are in the process of making in the state’s sports sector is to prepare a menu for the GV Raja Sports School which comes under the Kerala State Sports Council,” said Anirudhan. According to him, the organisation has taken up the initiative on the basis of Chief Minister Pinarayi Vijayan’s instruction.