Jolting the move to regularise the controversial admissions to Kannur and Karuna medical colleges, Governor P Sathasivam on Saturday declined his nod to the Bill.

THIRUVANANTHAPURAM: Jolting the move to regularise the controversial admissions to Kannur and Karuna medical colleges, Governor P Sathasivam on Saturday declined his nod to the Bill.

Invoking his discretionary powers, under Article 200 of the Constitution, the Governor withheld assent to the Kerala Professional Colleges (Regularisation of Admission in Medical Colleges) Bill 2018, which was unanimously passed by the Kerala Assembly to regularise the admissions to Kannur and Karuna Medical Colleges. 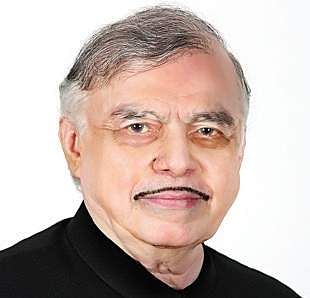 The Governor's move has come as a major setback to not only Pinarayi Vijayan's Left Government, but also Opposition UDF, which had extended full support to it. Earlier in the morning, a BJP delegation met the Governor seeking to refuse his nod for the legislation. Senior Congress leader V M Sudheeran had also urged him to do so.

"I hereby withhold the assent to this Bill," said the order from the Governor's office to the state government. Sathasivam, who is a former Chief Justice of India, took the call based on the legal advice in addition to taking into consideration the dissent notes from government secretaries.
As per the legal advice, the Bill may not stand legal scrutiny in the wake of the Supreme Court verdict. Sources said the Governor made it clear the SC had mentioned the conditions to be followed during admissions and said regularising the admissions bypassing its order cannot be accepted. Since the SC has made all these things clear, the assent was withheld.

It is learnt the dissent notes from the government secretaries was also taken into consideration. Health Secretary Rajeev Sadanandan had reportedly expressed concern and recorded his note. He had pointed out the Bill could be termed as contempt of court.

The apex court had earlier nullified the government ordinance in this regard. With the validity of the ordinance ending on Sunday, it may not survive at all.

Stay up to date on all the latest Kerala news with The New Indian Express App. Download now
TAGS
Kannur and Karuna medical colleges Governor