Tuberculosis cases dip by nearly half in Kerala

The number of Tuberculosis (TB) patients in Kerala has come down by nearly half over the past one year, thanks to the great work done by its Health Department.

KOZHIKODE: The number of Tuberculosis (TB) patients in Kerala has come down by nearly half over the past one year, thanks to the great work done by its Health Department.

The findings in the 'India Tuberculosis 2018' report is a shot in the arm for the state TB Division's sustained efforts in battling the deadly bacterial disease. 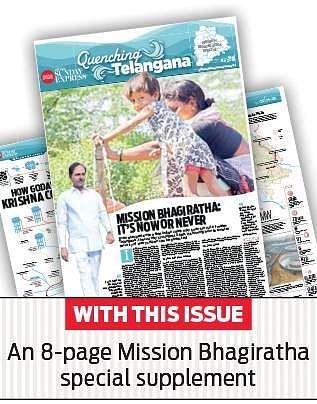 The report, prepared by the Central TB Division on behalf of the Ministry of Health and Family Welfare, found the number of people diagnosed with the disease in the state declined by 48.11 per cent in 2017 when compared to the previous year.

According to the report, 14,522 people were diagnosed with TB in Kerala in the public sector in 2017. The number of people diagnosed with the disease, during the same period, in the private sector was 8232, thus making a total of 22,754 cases in 2017.

THE WAR AGAINST TB

The latest report further states about 72 per cent of patients diagnosed in the state suffer from Pulmonary TB, which is the most commonly seen variant of the disease. In this case, the Mycobacterium tuberculosis (M tuberculosis) primarily attacks the lungs of the patient. About 23 per cent of the patients suffer from Extrapulmonary TB  and the remaining five per cent are affected by paediatric TB.

The annual total TB notification rate of the state is 67 per lakh population which is the second lowest in the country. The state with the lowest TB notification rate in the country is Tripura where the rate is 44 per lakh population.
State TB Officer Dr M Sunil Kumar said effective intervention by the Health Department has helped in reducing the number of patients in the state.

“Our system is well-equipped. All the major hospitals in the state have mechanisms to diagnose the disease. The department is very vigilant about the spread of the disease and we are the only state in the country where maximum number of suspects are being tested every year for verification,” he said.
The officer said 60 per cent of the disease in the state is spread through contact.

“We were very successful in implementing the Revised National TB Control Programme (RNTCP) in the state. Presently, the disease is being diagnosed among people in the state belonging to the age group of 45 and above. This is because the population above this age group were not benefited under the RNTCP scheme. Hence, they are most likely to be infected by the bacteria. But the younger generation or those below the age group of 45 are safe in the state. The disease is being transmitted to them by contact or through the air,” he added.

Sunil said the department is actively working on mechanisms and awareness programme to reduce the number of cases in which the disease is being transmitted through contact.