KOCHI: Industries in Kerala are generating a sizeable amount of hazardous waste. In the 2016-17 fiscal, the hazardous waste generation in Kerala was approximately 38,466.21 tonnes per annum (TPA), revealed the data released by the Kerala State Pollution Control Board (KSPCB).“Due to the low number of recycling units for hazardous waste in the state, the industries have to depend on units in other states to dispose of the waste,” said KSPCB officers. A small portion of the generated waste ended up on the premises of the industries itself.

As per the data, Kerala had 927 registered industries which generated 38,466.20786 tonnes of hazardous waste in the fiscal before last. Of this, 18,805 tonnes of hazardous waste was disposed of in captive Secured Land Fill (SLF) while 15,694 tonnes were disposed of through common SLF at the Hazardous Waste Treatment, Storage, Disposal Facilities (TSDF).  Approximately 3,711.04 tonnes was recycled, while 253 tonnes is still lying on the industries’ premises.

“Though Kerala has a number of industries generating hazardous waste, it lacks the facilities to process e-waste and chemical waste. So, industries have to depend on other states which leads to accumulation of waste making it hard to dispose of it. Kerala mainly depends on SLF to dispose of the industry-generated hazardous waste,” said a KSPCB engineer. 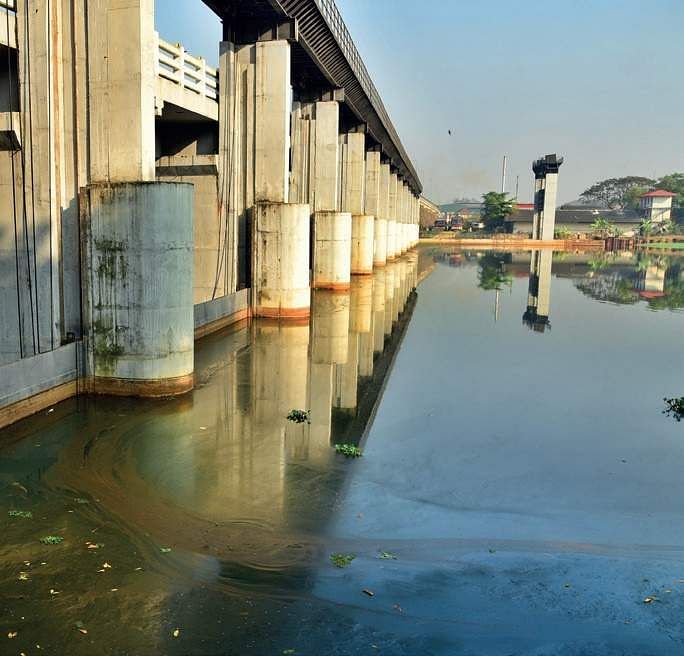 Only 11 recycling units in Kerala

Stay up to date on all the latest Kerala news with The New Indian Express App. Download now
TAGS
Pollution Control Board hazardous waste  Industries in Kerala