Over the past few years, the modus operandi of Malayalees to source contraband and drugs has undergone a sea change.

Over the past few years, the modus operandi of Malayalees to source contraband and drugs has undergone a sea change. They no longer scout the dark alleys for a peddler but browse the Darknet to place orders. A few in the recent period have even started to grow cannabis in their backyards and terraces. Express finds out

THIRUVANANTHAPURAM: A year ago, when Excise Department sleuths noticed the online activities of 17-year-old John (name changed) for the first time, they thought the teenager was prying on the sites that sold Schedule H drugs out of curiosity. They chose to brush it aside as the cranky act of a teenage mind powered by raging hormones. But when he began frequenting such websites, they realised the motive of the boy was not as innocuous as it appeared. The officers themselves then floated an advertisement and got in touch with the boy.

The trap worked, as they secured a deal with the boy and agreed to deliver him nitrazepam at the address he had given. In no time, they knocked on his doors and on checking, found the chap had already completed several transactions with other online vendors. They found out the WhatsApp numbers the vendors had given him after he deposited the required amount in their accounts. 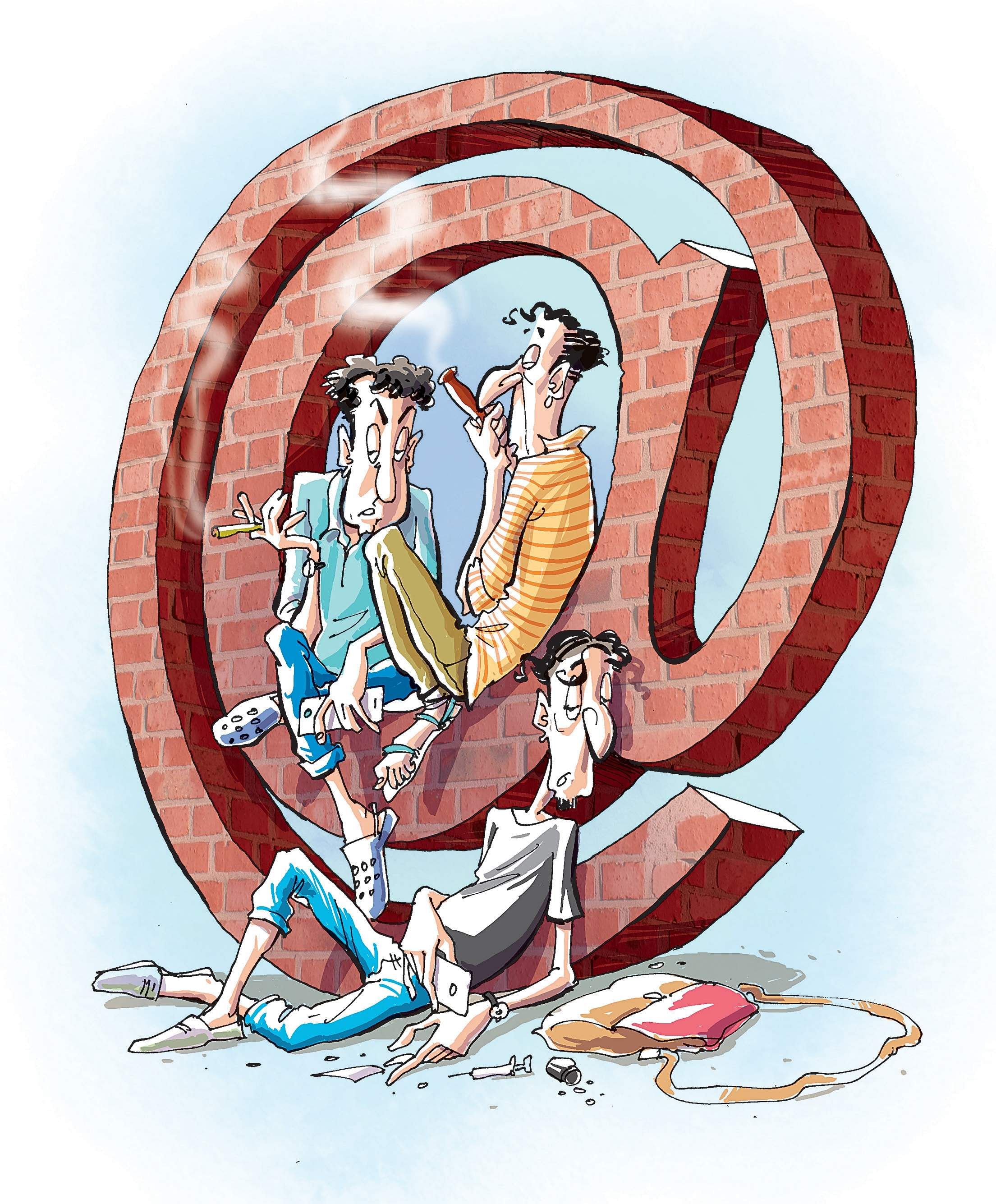 “It took us some time to make him realise the gravity of the crime he was committing and the danger he was involved in. Since he was only 17, we sent him to a de-addiction centre,” said the  cyber expert in the team monitoring online drug peddling.

John’s is not a one-off case. As per the data with the Excise Department, close to 6,000 NDPS (Narcotic Drugs and Psychotropic Substances Act) cases were registered in 2017. Clubbing it with the stats from the state police and the Narcotics Control Bureau (NCB), the figure easily crosses 9,000, said Additional Excise Commissioner (Enforcement) A Vijayan.

“We have less than 3,000 officers on the field while the state police has 50,000. Naturally, they will be able to arrest more drug rule violators. If we put together all the figures, it will be more than 9,000,” he said.

On the rise online

However, the most frightening fact is that the online sale of narcotics - in Kerala, it’s mostly prescription drugs and ganja - is picking up. Compounding the woes, the purchase is now thriving on Darknet, making it almost undetectable. Darknet is that part of the internet which has layers of websites that are encrypted and need equally encrypted browsers to gain access to. As it is end-to-end encrypted, with connections routed through thousands of servers hosted across the world, and transactions are done using virtual currencies, the anonymity of the buyer, seller and the websites is protected.

In a 2015 report, the NCB had mentioned they would try to curb drug deals happening through the Darknet with other agencies. Two years on, the promise has largely remained unfulfilled. NCB zonal director Bruno A said the threat posed by the Darknet market is on the rise and it will take some time for law enforcement agencies to curb the menace as the task required high levels of technical expertise.
“There are a lot of things happening on the Darknet and, unfortunately, we are not in a position to block it. Till heavy investments are made in the R&D sector, we can’t even think of tackling those activities,” he told Express. 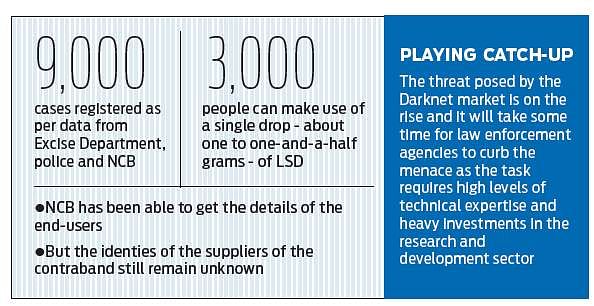 Bruno, however, said they have managed to get the details of the end-user, but the identities of the suppliers remain unknown.
“We had arrested a person in Tamil Nadu who had purchased it from the Darknet. We found four packets from him which were couriered. But the addresses of the sender were never the same. Those addresses were from Bengaluru, Coimbatore and Mumbai,” he said.

NCB sources, meanwhile, revealed they have informed the courier companies to alert enforcement agencies about the people who regularly receive books and medicines from a particular European country (name withheld on request).

Through some of the de-addicted people, the NCB has come to know that psychedelic drugs like LSD are being manufactured in a European country and sold to the clients in India, said an intelligence officer attached with NCB.

“From a single drop of LSD, that’s anything from one to one-and-a-half grams, more than 33,000 balls can be made. That can be used by not less than 3,000 people.  The sales of LSD is profitable, but expert chemists are required to manufacture it and the ingredients are not easily available in India. So, LSD is brought from abroad,” the officer said.

In Kerala, though, the sales of LSD is lower. It is ganja and prescription drugs that rule the roost.
Bruno said drug abuse is getting rampant in Kerala and warned that it can become worse in the future if youngsters and students are not educated about the issue.  “Kerala is very much going in the direction of Punjab,” he cautioned.

There is another section making a windfall out of the susceptible youths being tricked into buying spurious stuff from internet vendors on huge payments. Ajayan, an officer with the Excise Department, said he has seen it first-hand. “We got a written complaint in 2017 that one Ayurveda firm was supplying ‘mood changing drugs’ on an e-commerce platform. We bought it and sent it to a lab for testing. The advertisement had claimed they have added cannabis to the medicine while preparing it. But the test results turned negative for banned narcotics. There was nothing in it. It was a scam. A lot of people lost their cash by purchasing it. But only one dared to register a complaint,” he said.

Stay up to date on all the latest Kerala news with The New Indian Express App. Download now
TAGS
drugs