Kerala: When peddling gets tough, they grow cannabis in-house

Over 20 cannabis plants were seized in separate incidents. In the first case reported on January 6, the excise team seized three ganja plants from the courtyard of Abdul Azeez, 48, at Balussery.

KOZHIKODE: As many as 11 cases were registered under the Kozhikode excise division in connection with the seizure of cannabis plants in 2017. Over 20 cannabis plants were seized in separate incidents. In the first case reported on January 6, the excise team seized three ganja plants from the courtyard of Abdul Azeez, 48, at Balussery. The second seizure was reported within a month when the Excise enforcement and anti-narcotics squad seized two cannabis plants from a house at Koyilandy. Abid, 28, was arrested in connection with the incident. 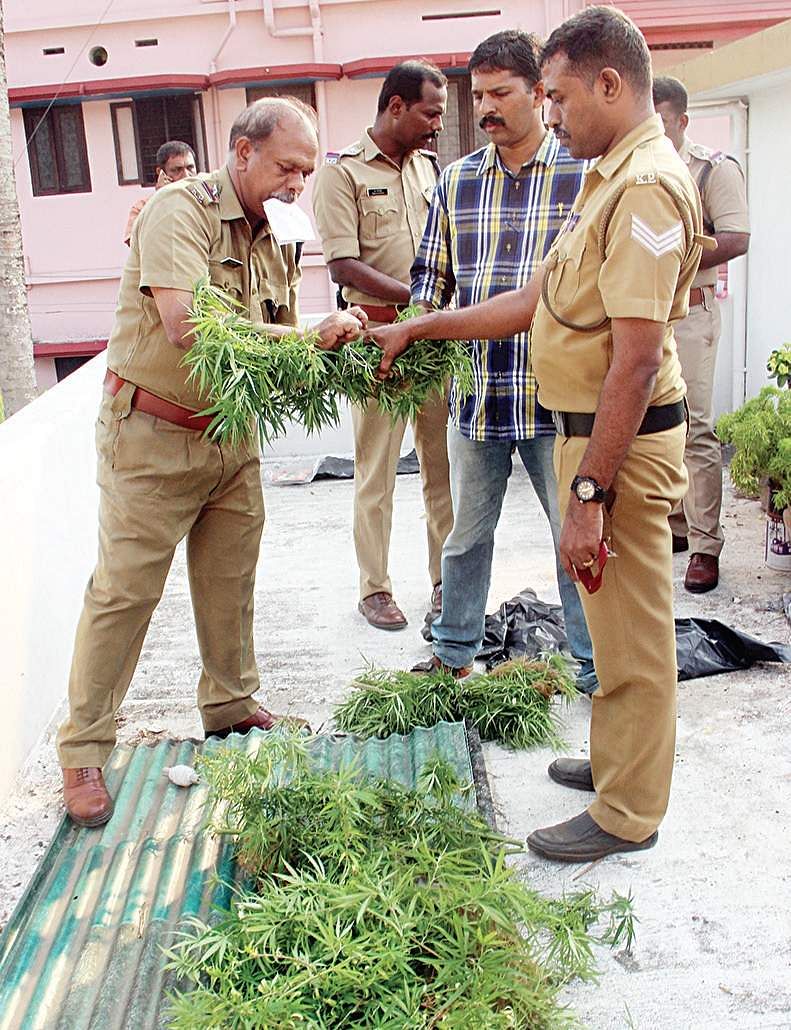 Nazeer, 40, was arrested for growing ganja at his house in Koduvally. No arrests were made in the remaining cases where ganja plants were seized from public places at Sarovaram, Mavoor Road, Koyilandy, Nadapuram, Vadakara and Mukkam.

A few cases were reported from various parts of Wayanad district too. As per data, five cases were registered with the Excise range offices in the district in connection with the cultivation of cannabis in 2017. A total of nine ganja plants were seized in these cases reported at

"Growing ganja on residential premises is a trend that has emerged in recent years. The reported cases are only the tip of the iceberg," said a senior officer with the Excise Department.

According to the officer, it was difficult to inspect houses and check for ganja plants.

"A majority of the arrests were made acting on anonymous tip-offs. We have strengthened vigil to curb such incidents," he said.

According to Section 20 (a) 1 of the Narcotic Drugs and Psychotropic Substances (NDPS) Act, 1985, any person found cultivating a cannabis plant will be sentenced to rigorous imprisonment up to ten years, and a fine of up to Rs 1 lakh.

Stay up to date on all the latest Kerala news with The New Indian Express App. Download now
TAGS
cannabis plants