It seems the pristine beaches, serene backwaters, historic sites and monuments, lush green forests, thriving wildlife, and traditional art forms are not enough to woo the holidaymakers, especially for

THIRUVANANTHAPURAM: It seems the pristine beaches, serene backwaters, historic sites and monuments, lush green forests, thriving wildlife, and traditional art forms are not enough to woo the holidaymakers, especially foreigners, to Gods Own Country. The state requires a controversy-free atmosphere too to entice visitors from abroad to tour beyond the contours of the ‘golden triangle’ - a popular tourist circuit connecting the national capital Delhi, Agra and Jaipur.

The tourism sector which was reeling under the impact of a host of adverse developments until recently, including the curbs brought in by the previous government on retail liquor sale and now limping back to normalcy, is now witnessing a surge of other raging controversies, which have the potential to play spoilsport to the tourism industry as a whole in the state. 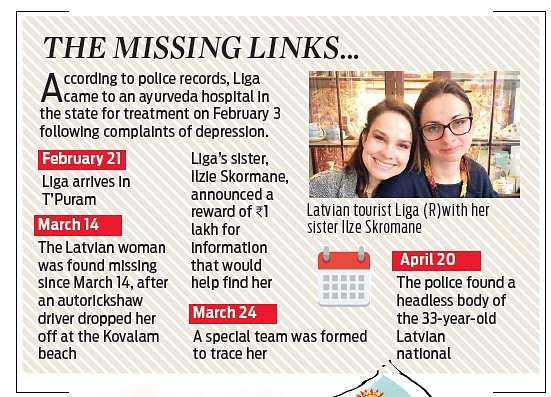 According to various players in the sector, the prospects of tourism will take a beating if the controversies related to the mysterious death of a Latvian woman in the state capital is not brought to a control. The issues related to the death has already snowballed into a full-blown controversy with the police and the sister and husband of the victim trading charges, damaging the tourism prospects of the state, which of late has also been witnessing a slow rate of growth due to various reasons.

E M Najeeb, president, Confederation of Tourism Industry, Kerala, said after the most unfortunate incidents like ‘Kathua and the Unnao’ rapes in the country, many European countries have already issued travel advisories advising their citizens to be cautious while touring India or avoiding vulnerable places. A good extent of foreign tourist is now wary of visiting places in the country alone after the issues created bad impression about the country on an international level. When it comes to Kerala, the state is very much safe and secure for the tourists to stroll around. But the controversies blown out of proportion will take a toll on the prospects of the state if all these things are not addressed properly and timely, he said.

State tourism director P Bala Kiran told Express the state is cent per cent safe for the tourists to go around. “I don’t think this would make a lasting impact or a bad impression about the state as there is at present no mala fide intention behind the death of the foreign national. The department used to take the feedback of the foreign tourists while they return after the visit.

And the main issues raised by them were lack of connectivity between airport and the hotel and waste management problems. “Curiously, the safety aspect of tourist was very scarcely mentioned in the feedback as the state has a reputation of being tourist-friendly, barring some minor incidents. However, the department is not ready to take things lightly. The department is also pinning hopes on the ‘tourism regulatory authority’ proposal mooted to prevent unhealthy trends and practices in the sector,” he said.
The department, at present, has limited powers in the sector to prevent unhealthy practices and it can ensure better intervention in the sector through periodical inspections if the regulatory authority is formed, he added. He also said the department is also planning to bring the vital tourist places under CCTV surveillance, he said.

Abhijith Balan, general manager of Kalappurakkal Resorts, Kumarakom, said his firm has been handling thousands of foreign tourists every year. Of late, the foreign tourists have now repeatedly been asking how safe is each place before embarking on a journey. “Be it is controversies related to liquor or cow slaughter or stray dog issues, they are widely circulating in social media, taking a toll on the tourism sector. And if we fail to read the writing on the wall, Kerala will have to suffer in the long run,” he warned.

The rate of foreign tourist arrival is not rosy in the state of late with Kerala recording a footfall of 10.91 lakh foreign tourists in 2017, an increase of just 5.15 per cent from the figure of 10.38 lakh in 2016. But the rate of growth is decreasing in Kerala in the past few years as the state witnessed only 9.77 lakh foreign tourist in 2015 and 9.23 lakh in 2014. Hence, even as the state is branding and marketing itself as a tourist destination like ‘one of the tourist paradises in the world’ and must-see destinations of a lifetime, the authorities must have a control over the unfolding incidents that can mar the prospects of the sector, said experts.

Stay up to date on all the latest Kerala news with The New Indian Express App. Download now
TAGS
Gods Own Country tourism