District child protection officers have been entrusted with the successful implementation of the programme.

THIRUVANANTHAPURAM: Aiming to put an end to child abuse in the state, the Women and Child Development Department will roll out the ‘Bhadram’ programme, set to be implemented at a cost of Rs 72.80 lakh and focusing on sensitising school students, parents and staff of educational institutions on child rights and the POCSO Act. 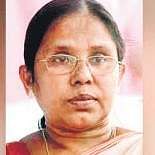 “Though there were strict provisions in the law, including the POCSO Act, there is a rising trend in child abuse cases,” said Social Justice Minister K K Shailaja.

Bhadram is being rolled out in this backdrop. “The main aim of the initiative will be to sensitise parents and the staff of educational institutions to create awareness among students regarding child abuse and to identify such children and rehabilitate them,” said the minister. The programme will cover all educational institutions, including government, aided, unaided, CBSE, ICSC schools.

According to the Social Justice  Department, as part of the campaign, booklets on the Juvenile Justice (Care and Protection of Children) Act, 2015, and the POCSO Act will be distributed among students.

District child protection officers have been entrusted with the successful implementation of the programme.

Stay up to date on all the latest Kerala news with The New Indian Express App. Download now
(Get the news that matters from New Indian Express on WhatsApp. Click this link and hit 'Click to Subscribe'. Follow the instructions after that.)
TAGS
Child Abuse Kerala Health Minister K K Shailaja