India may not be part of the ongoing Fifa World Cup, but it seems die-hard fans from the country are ready to give up their lives for the sake of their adopted football teams. 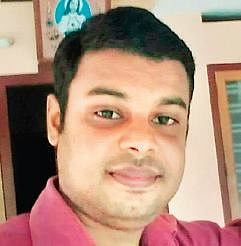 KOTTAYAM: India may not be part of the ongoing Fifa World Cup, but it seems die-hard fans from the country are ready to give up their lives for the sake of their adopted football teams. Apparently unable to digest Argentina’s stunning 3-0 defeat at the hands of Croatia on Thursday night, Arumanoor native Dinu Alex, 30, reportedly attempted to take his own life by jumping into the Meenachil river. He left behind a suicide note saying: “Nothing is left in the world for me to see. I’m going into the depths of death.”

After a sniffer dog led the cops to the river bank, Fire and Rescue Department officers have been conducting a massive search operation in the Meenachil river since morning. However, there were no signs of Dinu until late Friday evening as the river is in full spate after heavy rain.

According to Dinu’s father P V Alexander, his son was at home watching his idol Lionel Messi and Co take on Croatia in the 11.30 pm kick-off. At 4.30 am, Dinu’s mother Chinnamma found the back door unlocked and soon discovered that her son was not in his room. Dinu, who had found a place in the Public Service Commission lower-division clerk rank list, was working at a private food supplying company in Kottayam.

His colleague Sumesh said Dinu was an ardent fan of Argentina, especially the team’s talisman, Messi. “When we left office at 7 pm on Thursday, Dinu was a bit nervous about Argentina’s chances as the team was in the danger zone after the surprise 1-1 draw against Iceland,” he said. According to cousin Joice Joseph, Dinu had scribbled in a notebook that he was ready to offer his life for Messi to lift the World Cup. He had a big collection of Messi posters.