Nipah virus Explainer: All you need to know about the deadly viral disease

Here is all you need to know about the viral outbreak that has claimed several lives so far in Kerala. 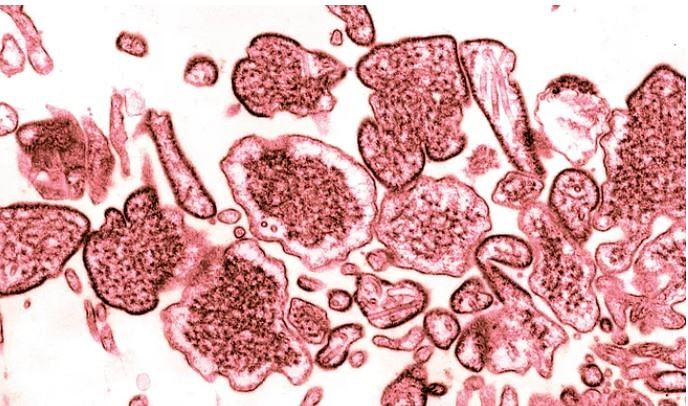 A high-level meeting of the Health Department has chalked out an action plan for containing the spread of the Nipah virus in Kerala's Kozhikode district which has now claimed another life in form of a 12-year-old who recovered earlier from COVID.

Officials at the meet formulated a general guideline for fever treatment and prevention. It also decided to open a state-level information cell to disseminate information about the virus in a bid to alleviate the concerns of the public. Here is all you need to know about the viral outbreak.

Nipah virus (NiV) infection is a newly emerging zoonotic disease (one which spreads from animals to humans) which spreads by the ingestion of human secretions/fluids. Fruit bats, a common species of the flying mammal abundantly found in India is the host animal for the disease-causing virus.

The flying fox bat, which is also called a fruit bat (Pteropus giganteus) is the host animal for the NiV. However, these small mammals live in common roosts and only travel up to a few kilometres for food. So if the outbreak happened in one area, the chances of it becoming widespread are less.

HOW DOES IT TRANSMIT:

NiV gets transmitted from fruit bats to other organisms mainly through body fluids. The consumption of fruits, berries or flowers bitten by the virus-carrying bats can cause the transmission. It generally reaches human beings through domestic animals which could have either eaten things already sucked by the bats, or got bitten by them. Human to human transmission happens via physical contact. Since disease spreads through the body fluids, so avoid making direct contact with the patient. By-standers should use precautionary measures such as masks.

IS THERE A CURE?

According to World Health Organisation (WHO), Nipah can cause asymptomatic infection to the acute respiratory syndrome and fatal encephalitis in human beings. The infection posses a dreadful mortality rate of 70 per cent. NiV can cause "Encephalitis"- an acute inflammation of the brain that can cause death in human beings. Unfortunately, no vaccination has been discovered yet to prevent the virus, and patients are generally given intensive care treatment. However, people with good immunity have lesser chances of getting infected.

WHERE HAS IT BEEN REPORTED EARLIER?

NiV was first identified during an outbreak of disease that took place in Kampung Sungai Nipah, Malaysia in 1998, with pigs as the intermediate hosts. Around 100 among the 300 infected succumbed to the disease.

17 people had lost their lives following an outbreak in Kozhikode's Perambra in May, 2018.

The only other reported case of Nipah in India was from Siliguri in West Bengal way back in January 2001. The outbreak resulted in the death of 45 among the 66 infected.

Maja Ma movie review: Only the Garba comes with ease in this forceful dramedy