The committee has been given the responsibility of taking stock of the measures being implemented in Kozhikode and Malappuram districts. 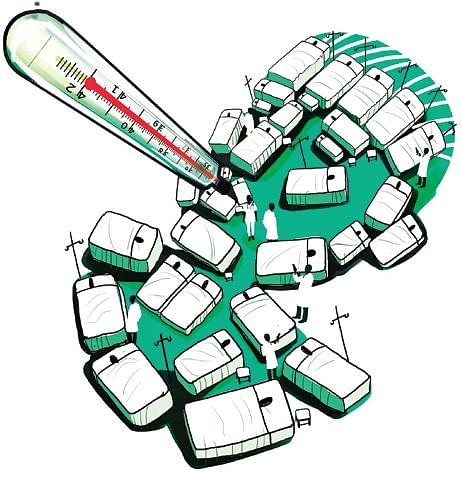 THIRUVANANTHAPURAM: Ensuring better coordination among various departments in containing the Nipah virus outbreak and to tackle rumour-mongering via social media, the state government has constituted a crisis management group. The 16-member committee, comprise secretaries of the Revenue, Labour, Home, LSG and Animal Husbandry Departments and principal secretary of the Forest Department among others. Expected to convene on a daily basis, the committee has been given the responsibility of taking stock of the measures being implemented in Kozhikode and Malappuram districts.

“The intent of forming such a group was to bring the stakeholders under one umbrella,” said health secretary Rajeev Sadanandan who heads the committee. “If various departments carry out activities autonomously, the results will not be as effective. For containing the virus and to ensure preventive measures are on track a mechanism like this will be of tremendous help.” The need to constitute a crisis management group was stressed upon in a meeting convened by the Chief Secretary on May 22 and a request was sent to the government.

The group also has three experts: Higher Education Department principal secretary Usha Titus, Industries Department principal secretary K Ellangovan and Kerala State Disaster Management Authority secretary Sekhar L Kuriakose. Earlier, the Union Health Minister and the National Disaster Management Authority conducted a review meeting in which the multi-disciplinary Central team from National Centre for Disease Control appraised the outbreak is a localised occurrence and said there is no cause for panic as steps to avoid exposure through animal vectors have been taken.

T’Puram: Following the Nipah virus outbreak and related deaths in the state, the government has begun the process to train and equip the medical staff to handle such zoonosis outbreaks. Setting the wheels in motion, five doctors from Kozhikode Medical College Hospital will be sent for intensive training to Safdarjung Hospital in New Delhi. According to the Health Department, the five-day training that commences on Monday will mainly focus on equipping the doctors to provide quality treatment to those infected by diseases like Nipah.

“By providing such a training, we aim to strengthen various departments that handles emergency cases like Nipah. The five-day session will also focus on training the doctors on using ventilator techniques effectively,” said a Health Department officer. It is learned that those who receive training at Safdarjung Hospital will be asked to  train the doctors here. “It was upon the suggestion of the high-level multi-disciplinary Central team the doctors are being sent for training. The team of doctors includes two from anaesthesia wing and one each from pulmonary medicine, general medicine and emergency medicine,” the officer added.

Now we are on Telegram too. Follow us for updates
TAGS
nipah virus crisis management team