They had systems in place and the armed forces worked shoulder to shoulder with the state in rescuing the flood victims.

KOCHI: Asserting the Naval version of the indigenously developed Light Combat Aircraft (LCA) does not meet the qualitative requirements of the Indian Navy, Chief of the Naval Staff Admiral Sunil Lanba said the Navy is working with the Defence Research and Development Organisation (DRDO) and the Aeronautical Development Agency (ADA) to explore the possibility of developing an indigenous alternative.

“The tech demonstrator of LCA Navy doesn’t meet our requirement of being a deck-based fighter aircraft. We are now working with the DRDO and the ADA to find a solution. Developing a fighter aircraft is a time-consuming project. That’s why we are trying to acquire 57 fighter aircraft from abroad,” he said during an exclusive chat with The New Indian Express. Excerpts:

Q. Have we set a time frame for the purchase of the 57 fighter jets?
We have floated a Request for Information (RfI) and received replies from the original equipment manufacturers of four carrier-based fighter jets. We are right now examining the proposals. I am confident the Request for Bid (RfB) can be floated by the end of 2019. The four fighters include Boeing’s F-18 Super Hornet, Saab’s Gripen, the Russian MiG-29K and Dassault’s Rafale. The aircraft should meet the qualitative requirements of a carried deck-based fighter. We will examine the proposals and take it forward. 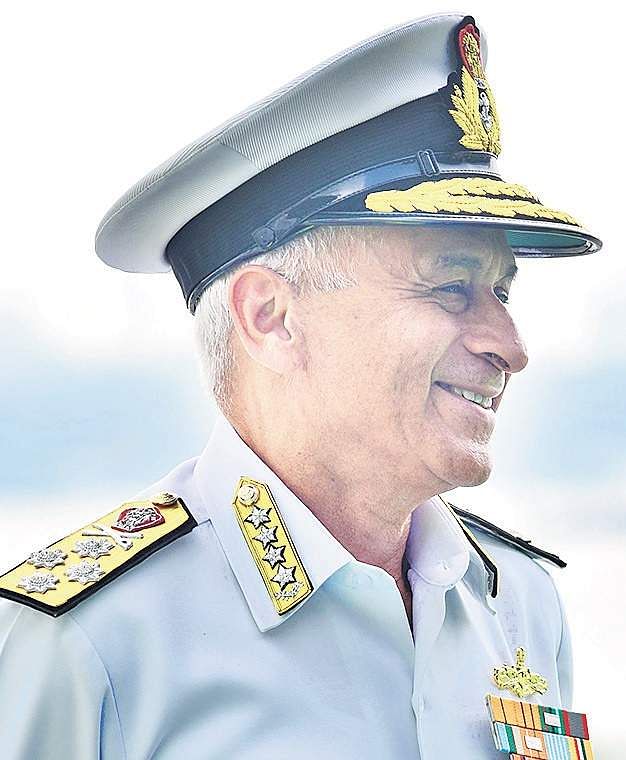 Q. Do you think the controversy over the Rafale deal will delay the Navy’s proposal for acquisition of fighter jets?
I don’t think it will affect the purchase of jets for the Navy. There is no link between the two.
There were reports the acquisition of ammunition is being affected due to the Rafale controversy.
Purchase of fighter jets and ammunition are totally different and there will not be any impact on the present or future acquisition process. The acquisition of Naval ammunition is progressing as per the plans. We do not face any shortage of ammunition.
The indigenous aircraft project is running behind schedule. Have you got any assurance from the Cochin Shipyard Ltd regarding the delivery of the vessel?
The indigenous aircraft carrier project has made steady progress. There has been a delay in the construction due to a delay in the supply of equipment from the original equipment manufacturers overseas. All the issues have been put behind and we have worked out the timeline for completion of the project. The vessel has started switching on the machine and launched harbour trials. I am confident she will start sailing for sea trials in 2020 and will be delivered by the end of 2020.

Q. Does the Navy face any dearth of talent in recruitment?
No. We are getting enough candidates for recruitment. The recruitment pool has shifted from large metros to tier I and tier II cities due to the change in the perception of urban people. In the metros, fewer people are now interested in joining the armed forces.

Q.The recent flood had caused widespread destruction in the places surrounding the Naval Armament Depot (NAD) at Aluva. Are there any plans to improve the facilities there to avoid flood threat?
The flood in Kerala was the worst in over a hundred years. The NAD is situated in an elevated area and our facilities there were not affected by the flood. I don’t have any reason to worry about NAD. In fact, we are going to develop new magazines at NAD. This project has been in the pipeline for some time.
In view of the recent floods, do you think Kerala has to equip itself to face natural calamities?
I think the state government did a marvellous job of coordinating the relief and rescue operations. We worked in close coordination with the government agencies. They had systems in place and the armed forces worked shoulder to shoulder with the state in rescuing the flood victims.

Now we are on Telegram too. Follow us for updates
TAGS
Aeronautical Development Agency Defence Research and Development Organisation Admiral Sunil Lanba